First off, let me apologize for the lack of reviews, I've finished several books, but haven't had time to review them due to some family events and health issues that my grandmother is facing.

My Harry Potter story: Unfortunately, I didn't start reading the Harry Potter series until 2004. I had taken my younger brother to see The Sorcerer's Stone and Chamber of Secrets, and enjoyed the movies, but never really considered reading them. That changed when the third movie, Prisoner of Azkaban, came out about a month after I graduated high school. I loved the time-travel element of the movie and the plot seemed more complex than the first two. Intrigued, and finally having a free summer to read to my own content, I bought the first novel from the Science Fiction Book Club. At first, I was amazed at how a kid's book held my then-teenage attention, and, then I was hooked. I caught up to reading Order of the Phoenix, and then, luckily, was able to get in on the excitement of the Half-Blood Prince and Deathly Hallows releases. 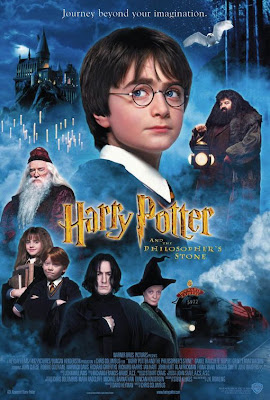 Being from the deep South, I know a lot of people who look down on the Harry Potter novels. Everyone is entitled to his or her own opinion. However, a lot of time I get the feeling that people have judged these books based on what someone else told them, and not because they checked the books out for themselves and found something lacking. Everyone has their own reading tastes, so if you've read one of the books and didn't like it, more power to you for being honest. But for people who've judged books whose covers they've never opened, I urge them to look into those books for themselves. Harry Potter is not a perfect character, he gets into a lot of trouble at school, but in the end he is a loyal friend and a savior archetype, and there's lessons to be learned from that.

I know a lot of you will be going to see the last movie today or this weekend. Traditions being traditions, I have decided to wait until next week when I can see it with my family. Tweet
Posted by vonze at 7/15/2011 10:52:00 PM 1 comments 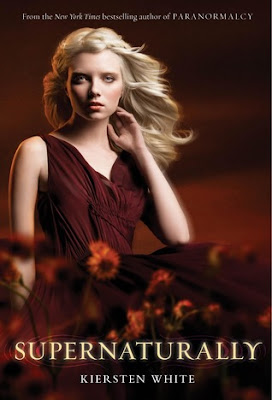 For this Waiting on Wednesday, I picked Supernaturally by Kiersten White.

Book Summary: "Evie finally has the normal life she’s always longed for. But she’s shocked to discover that being ordinary can be . . . kind of boring. Just when Evie starts to long for her days at the International Paranormal Containment Agency, she’s given a chance to work for them again. Desperate for a break from all the normalcy, she agrees.

But as one disastrous mission leads to another, Evie starts to wonder if she made the right choice. And when Evie’s faerie ex-boyfriend Reth appears with devastating revelations about her past, she discovers that there’s a battle brewing between the faerie courts that could throw the whole supernatural world into chaos. The prize in question? Evie herself.

So much for normal."

My Thoughts: I'm currently reading Kiersten White's first book Paranormalcy and loving it. I'm glad there's going to be two more books to continue Evie's story, which I've found refreshing and unique, she's kinda like a female ghostbuster. So far, the covers of the books in this series give the wrong impression of the story in my opinion. The covers look so serious, but the first book has such a witty and easy-going tone. Paranormalcy hasn't disappointed me, so I'm eagerly waiting for the sequel to arrive! Tweet
Posted by vonze at 7/13/2011 04:18:00 PM 0 comments 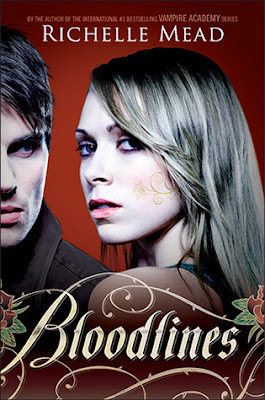 For this Waiting on Wednesday, I picked Bloodlines by Richelle Mead.

Book Summary: "Sydney is an alchemist, one of a group of humans who dabble in magic and serve to bridge the worlds of human and vampires. They protect vampire secrets - and human lives. When Sydney is torn from her bed in the middle of the night, at first she thinks she's still being punished for her complicated alliance with dhampir Rose Hathaway. But what unfolds is far worse. Jill Dragomir - the sister of Moroi Queen Lissa Dragomir - is in mortal danger, and the Moroi must send her into hiding.

To avoid a civil war, Sydney is called upon to act as Jill's guardian and protector, posing as her roommate in the last place anyone would think to look for vampire royalty - a human boarding school in Palm Springs, California. But instead of finding safety at Amberwood Prep, Sydney discovers the drama is only just beginning."

My Thoughts: While I haven't finished all the Vampire Academy books yet, I have enjoyed what I've read from Richelle Mead. Bloodlines sounds like a great start to a new, exciting series! Tweet
Posted by vonze at 7/06/2011 04:17:00 PM 0 comments