Review: Songs for a Teenage Nomad 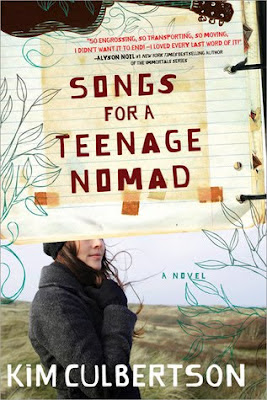 Book Description: "After living in twelve places in eight years with her drifting mother, fourteen-year-old Calle Smith finds herself in Andreas Bay, California, at the start of ninth grade. Fearful of putting down roots anywhere, but armed with her song journal, she moves to her own sound track through a world that bounces her between the school drama crowd, a mysterious loner, and an unlikely boy who will become her first love. But it's the troubling truth she uncovers about her father that forces Calle to face the toughest choice of her young life."

My Thoughts: I love it when I find a character who's a kindred spirit. Calle Smith's character has helped restore my faith in YA as a genre. I know that's a pretty tall statement, let me explain...(going to digress here). Although I'm no longer a teen, I still enjoy YA for its nostalgic value, and for the fact that most adult books (other than romance) lack a sense of fun and hopefulness. You turn 20 and WHAM!, you immediately should enjoy bitter, strictly serious stories? Hmm. I could go on to say that you marketing people out there should take notice there's a market of 20+ers who want stories with the plotlines of YA (not necessarily romance) but with slightly more older characters, yet not so old that they're bitter and depressed about life.

Anyhow, back to the point, I've read a lot of good YA, and I've read a lot bad...with lead female characters as someone else once put it "too-stupid-to-live". However, Calle Smith is a strong indie chick, dealing with a unusual life with maturity beyond her years, and if she was real, I would adopt her solely on her good taste in music. I loved that she kept a music journal, jotting down the memories she associates with certain songs. As for the plot, it had a unique twist, especially involving her love interest's family. The ending was a little rushed for my tastes, but, altogether I'm surprised there wasn't more buzz about this novel. Tweet
Posted by vonze at 3/30/2012 01:53:00 PM 0 comments 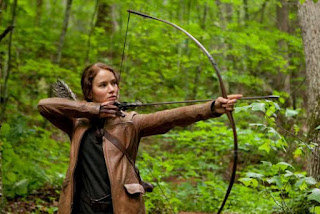 "Happy Hunger Games" read the email from the pretend President Snow on the day before the movie's release.

Well, at the time, I wasn't so sure. I was worried I'd get "Star Wars: Episode I"-ified all over again.

But now, I'm glad I'm able to say that I couldn't ask for a better adaptation. Although the movie cut several scenes from the book, it did an excellent job, in my opinion, of capturing the overall feel of the story. Where the book tells, the movie shows. I feel, although I know I'm biased because I read the book years ago, that for the non-readers out there, it's not an adaption that will leave you completely lost.

More of my humble fan opinion:
THE GOOD

I like the portrayals of Katniss, Prim, their mom (nameless?), their dad, Gale, Peeta, Haymitch, Effie, Rue, and the Capitol citizens in general, and Caesar Flickerman. I was surprised that Katniss and Prim's father had air time, although it was just a dream, I'm glad they included him.

When I first saw Woody Harrelson's Haymitch in Entertainment Weekly, I thought he looked a little too neat...the Haymitch in my mind is very disheveled. However, Woody really captured Haymitch's attitude. The tension between him and Lawrence was well done.

The music is awesome. I haven't bought the soundtrack and the score yet, but they're on my wishlist.

The movie added some extra scenes that were not in the book, but added to the story. Such as the outrage in District 11 and Haymitch watching Capitol children pretend to fight.

The architecture of the Capitol was spot on.

Katniss' costumes and dresses took my breath away. I have a feeling the movie may influence prom and formal wear this year.

The arena was just as I imagined it.

THE NICK-PICKY (on my part) 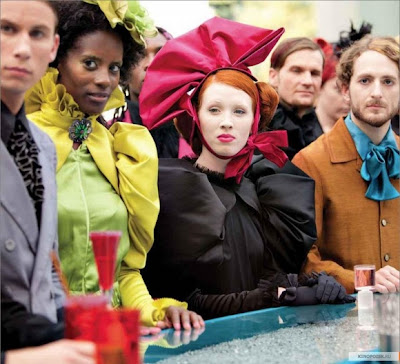 Oshie and I discussed this, and agreed, that President Snow and Cinna really stuck out, but not in a good way. They weren't flamboyant enough. Their style didn't really match the rest of the Capitol citizens. Nothing against the portrayals by Donald Sutherland and Lenny Kravitz (although my dream cast would have been David Bowie and Prince), but it left me wondering if this was done on purpose or if it was lack of wanting to by the actors? Theoretically (and I'm fangirlin' here) one could say that President Snow is from an older generation and doesn't care about fashion, and perhaps, Cinna is not originally from the Capitol and doesn't buy into their ways completely (which could explain his part in the rebellion...not a lot is known about his character...). But logically, a president would influence fashion (think how often the Obama's fashion sense is mentioned? Or Will and Kate?) and wouldn't a costume designer design interesting outfits for himself? Again, I'm over-fangirlin it here. 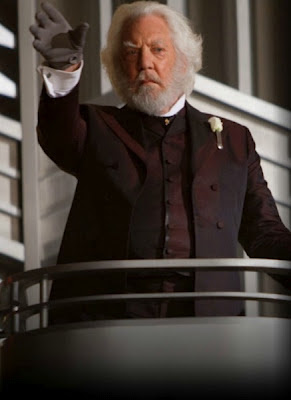 Katniss' singing voice wasn't up to the par I'd hoped for...I read that it was Jennifer Lawrence's voice, and while not terrible, it was just normal for a character who is repeatedly mentioned to have a great voice that could make the birds stop singing just like her father. I think they should have dubbed her over with Taylor Swift.

The dog muttations weren't as frighting/freaky as I imagined. I hope in the future, when Mockingjay Part 2 is released, that the lizard muttations are more terrifying. 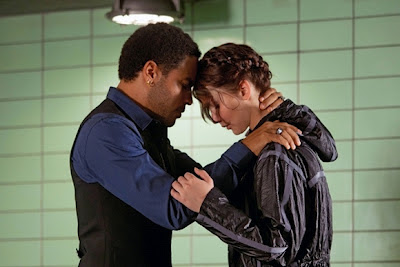 Do you have a favorite author or authors that you love so much, you'd automatically pre-order their next book regardless of what it was about?

Lynsey Newton, author of the blog, Narratively Speaking, recently asked that question and created a list of her "Automatic Pre-order" authors. I loved her list so much, I decided to create one of my own! 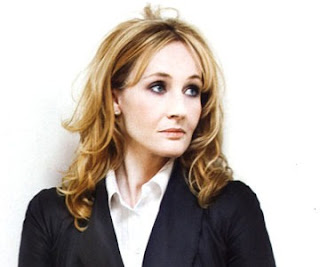 Regardless of what this woman's next book is about, I will be pre-ordering as soon as pre-orders are available. 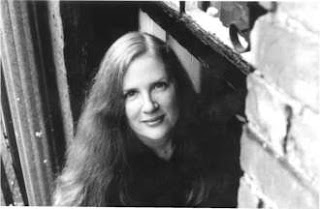 Ditto, if you haven't noticed that I love The Hunger Games, then I'm telling ya now that I do! I haven't read the Overlander series yet, but I do own it. If a new Collins series was announced soon, I'd pre-order it without question. 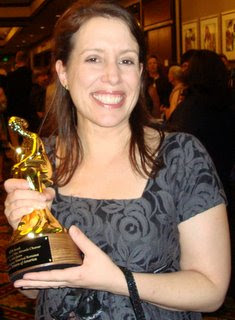 I'm still making my way through the ole Bridgerton series, but I have yet to read a bad novel from this lady, new or old. She is a master romance writer and I'm currently trying to collect all of her novels. 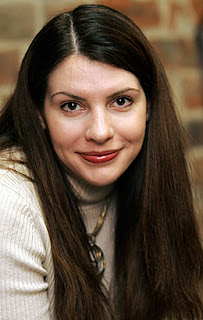 I want more of the science fiction world she created in The Host! I'm curious to see what the sequel will be about. 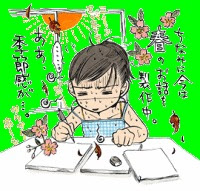 Her Sand Chronicles series was one of the first manga that drew me in with its emotional, dramatic style. Will she continue to handle tough topics like suicide? Or will she try something on the lighter side? 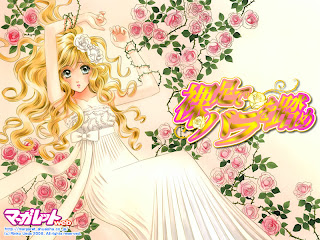 The Last Dragon by Jane Yolen

The Last Dragon is visually the most stunning graphic novel I've ever encountered. It's illustrations are utterly beautiful and magical.

The Last Dragon is the story of Tansy, a young woman destined to follow in her healer father's footsteps. In Tansy's world, dragons have been extinct for hundreds of years...or so everyone thought. When her father goes missing, it becomes apparent that her town will need a hero and a leader to save them.

Although I'm somewhat familiar with the print edition by Jane Yolen, I haven't read it. Increasingly, I find that if I haven't read the print edition of a novel prior to reading its graphic novel format, I don't feel as connected with the characters and some of the scene changes confuse me. However, this was not true for The Last Dragon. It has been well adapted. I now plan to read the print edition of The Last Dragon, not because I have lingering questions from the graphic novel, but because I want more of this intriguing fantasy world.