So, I initially stopped posting "In My Mailbox" because documenting all of the books that Oshie and I buy, trade, download, or are given, was an overwhelming task. My computer is busting-at-the-seams with photos already.

But, I'm going to give "In My Mailbox" another shot. Mostly to show appreciation to the blogs and giveaways that I win time-to-time. 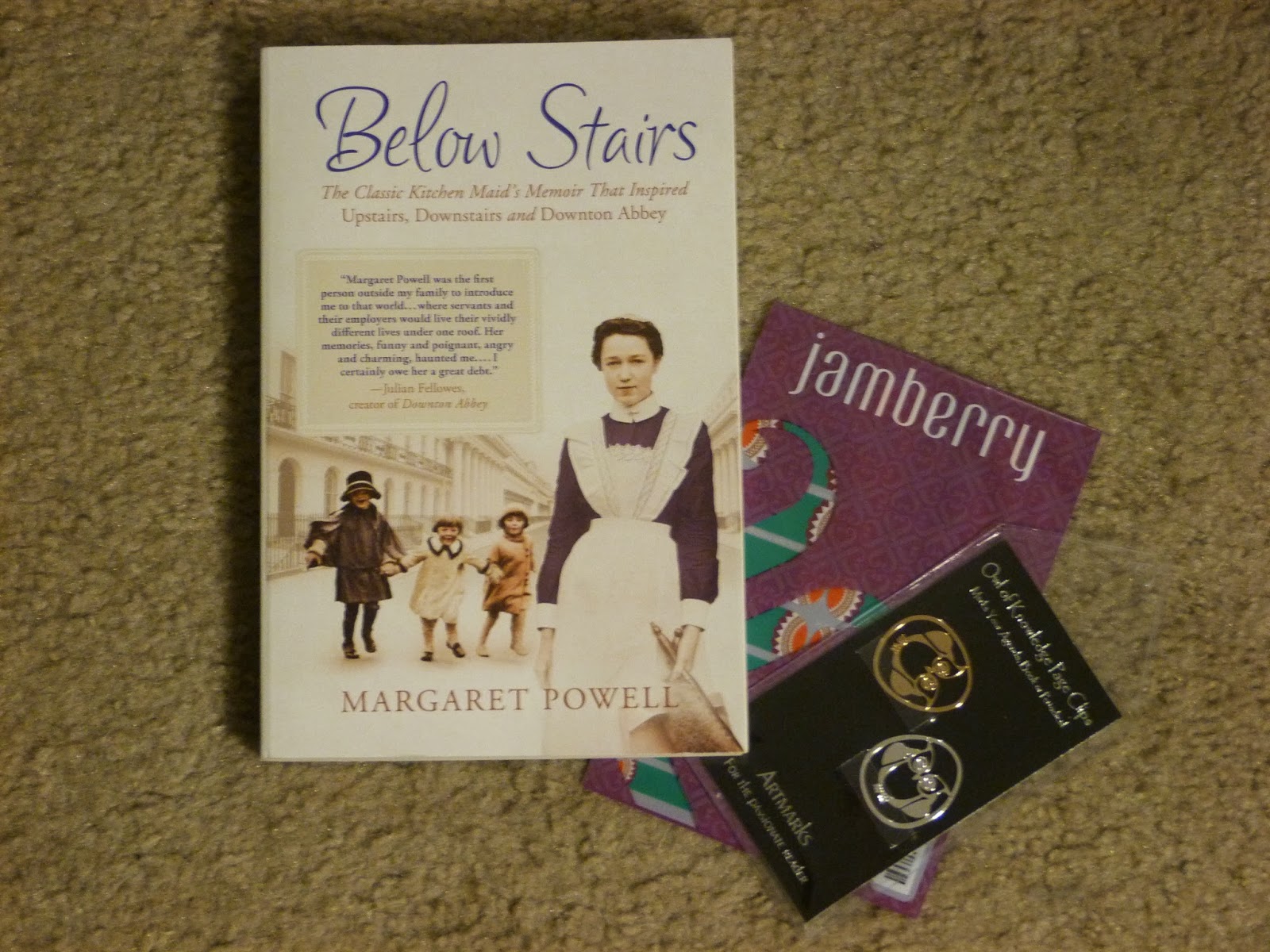 From my awesome secret Santa via Goodreads College Students :)
Below Stairs by Margaret Powell
This is going to help with my Downton Abbey fix! 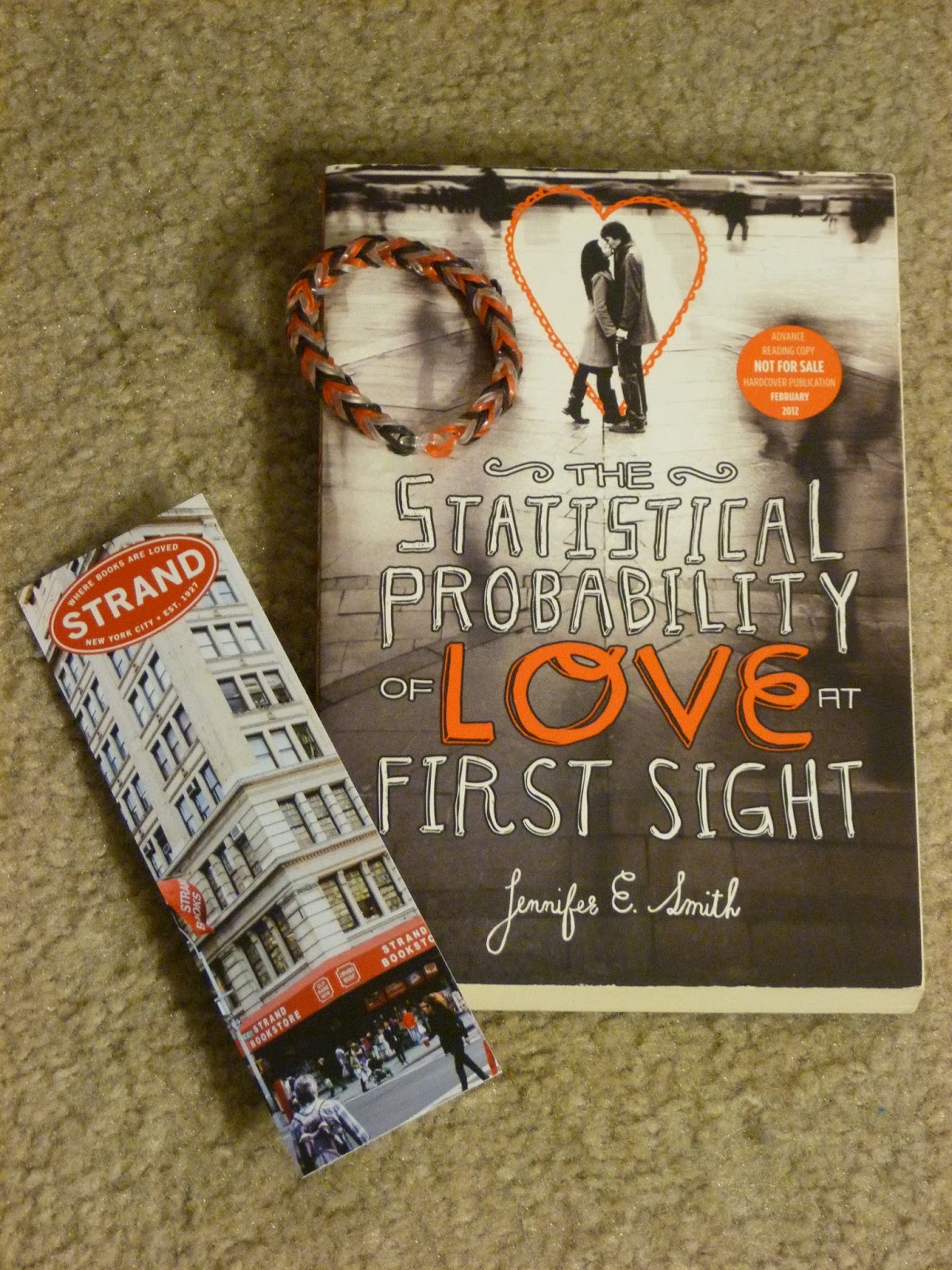 In January, I won The Statistical Probability Of Love At First Sight by Jennifer E. Smith from Miss Print! Also love the bracelet, I wear it to the gym. 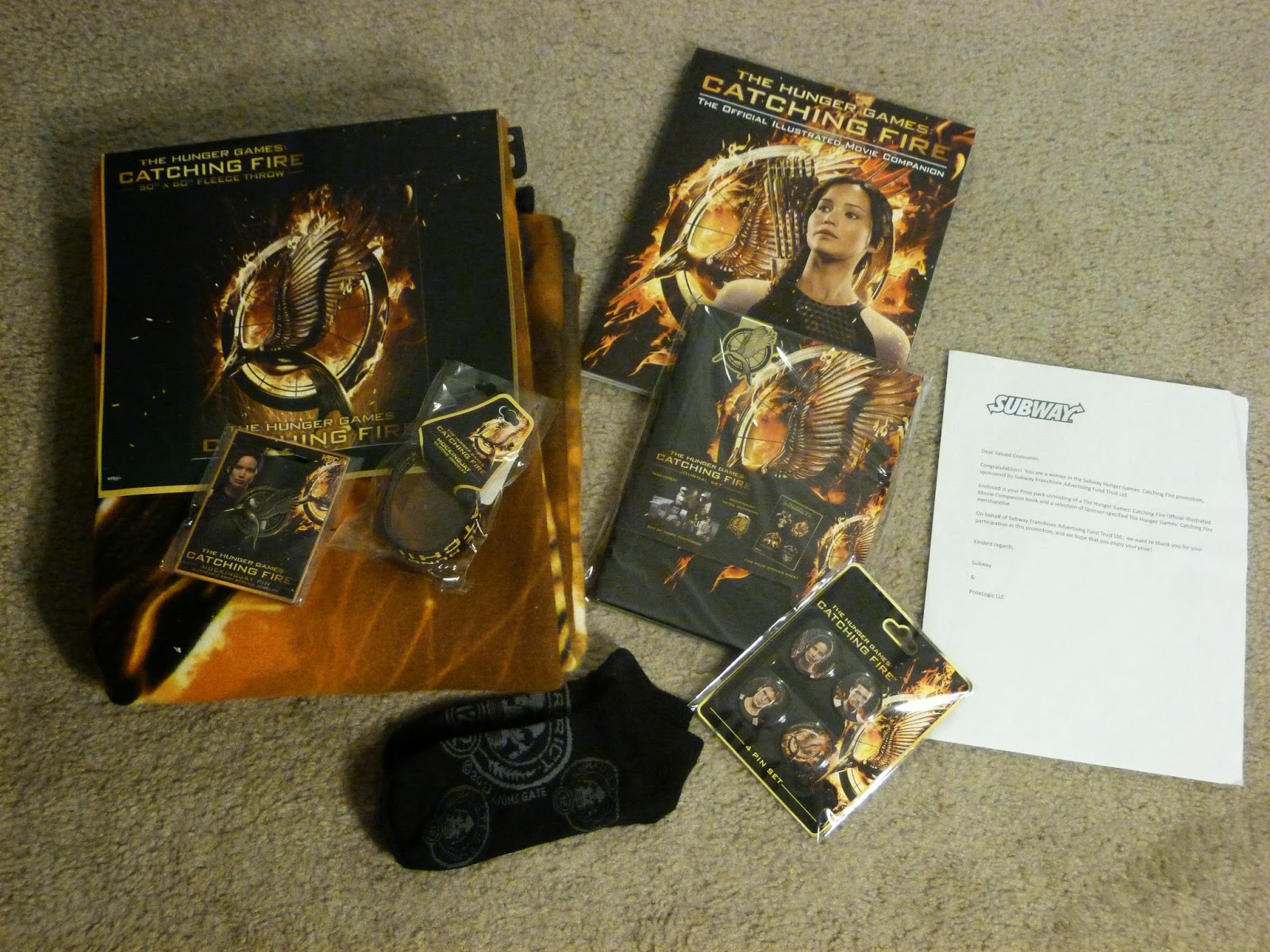 From Subway, I was absolutely tickled-to-death to win one of their Hunger Games prize packs! Eat fresh, may the odds ever be in your favor!! It included the Catching Fire Official Illustrated Movie Companion by Kate Egan. 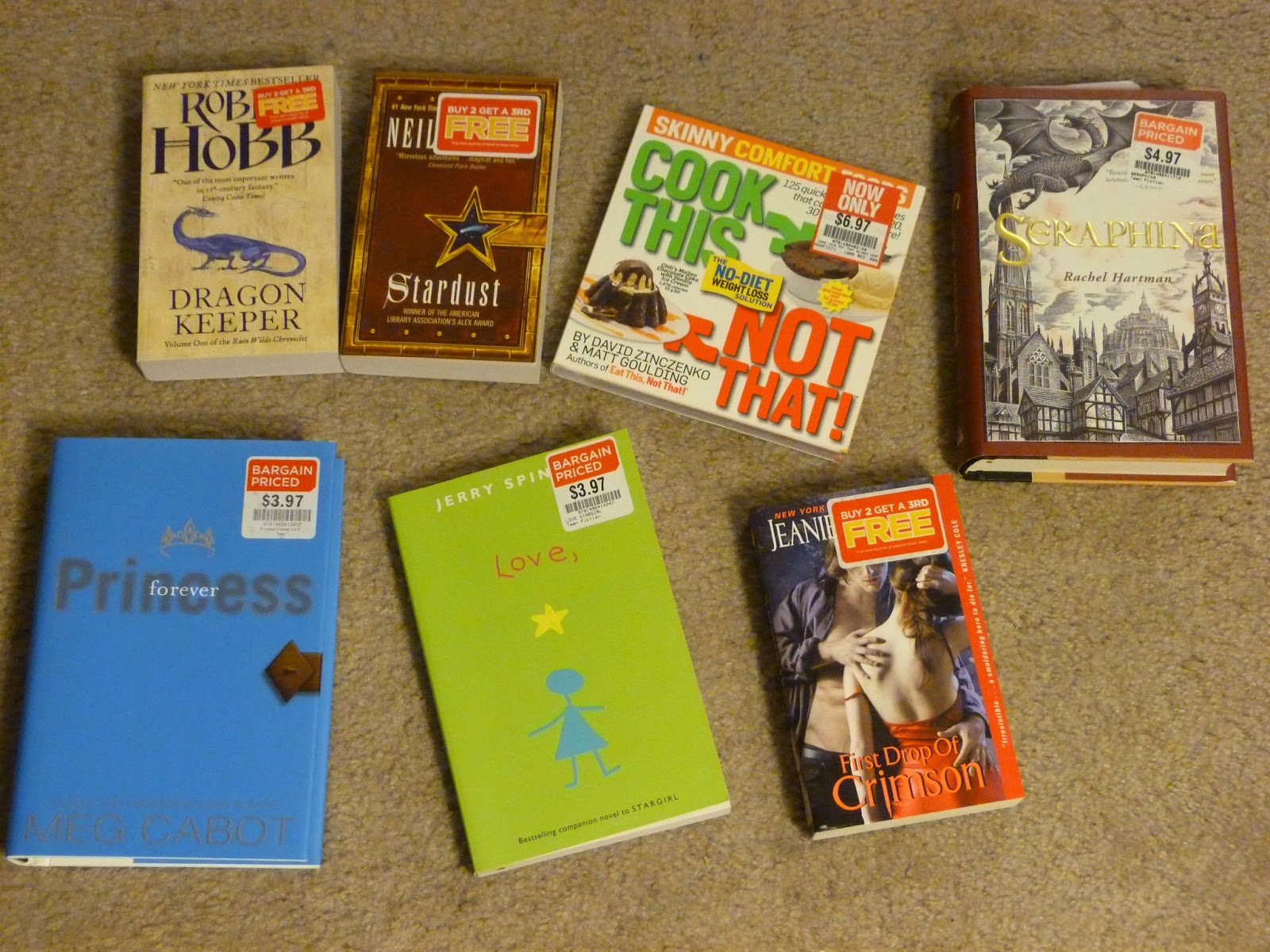 In February, I found several good buys at Books-A-Million, they included:
Seraphina by Rachel Hartman
Cook This, Not That! by David Zinczenko and Matt Goulding
First Drop of Crimson by Jeaniene Frost
Love, Stargirl by Jerry Spinelli
Forever Princess by Meg Cabot
Stardust by Neil Gaiman
Dragon Keeper by Robin Hobb

I finished Cook This, Not That. It has a really good masala recipe in it. I'm currently reading Seraphina. 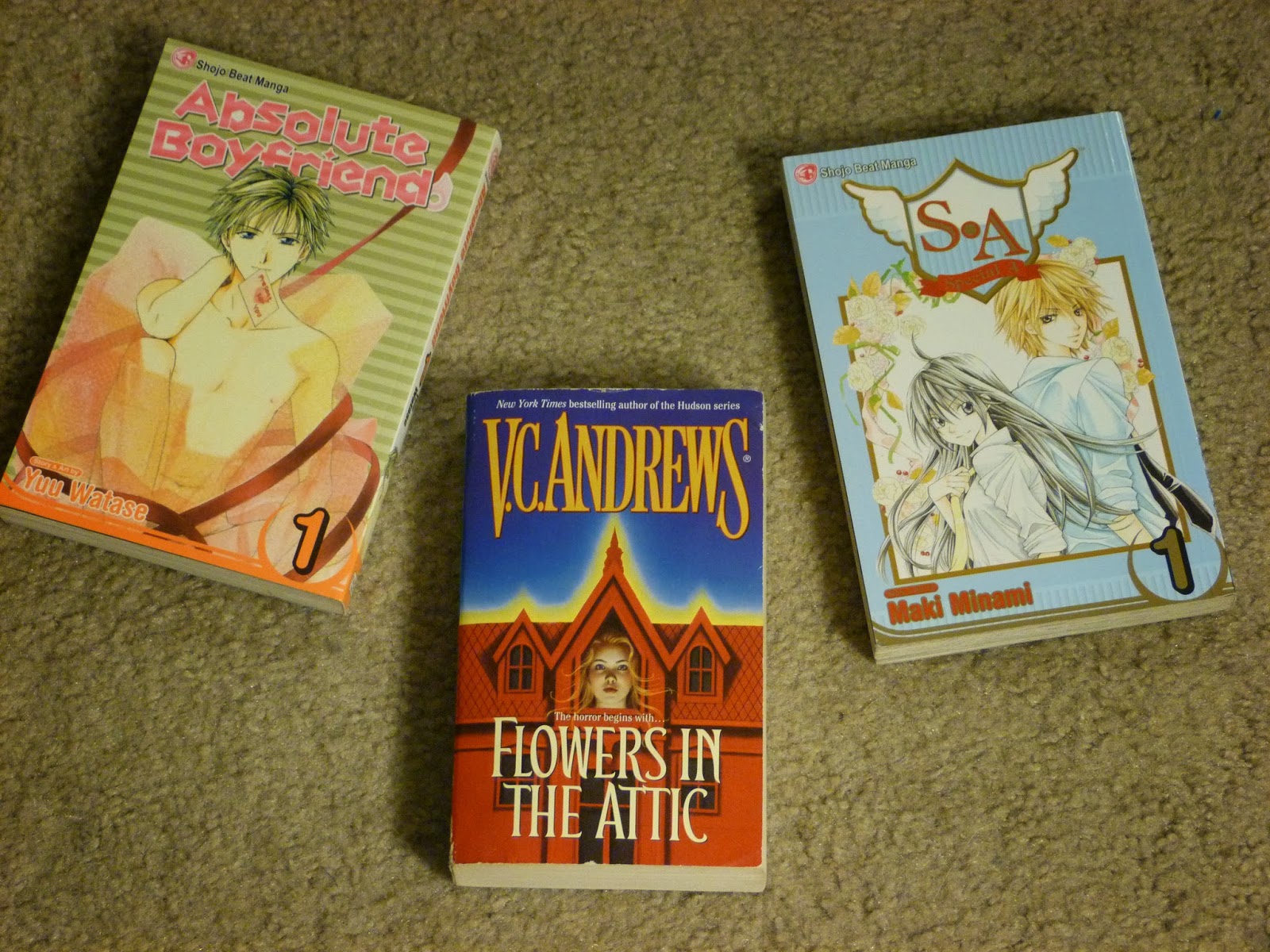 Absolute Boyfriend, Vol. 1
Special A., Vol. 1
Flowers In The Attic by V.C. Andrews

I've purposely avoided Flowers In The Attic for a long time. Several of my old high school friends liked it, but I couldn't get past the creep factor. Because of the new TV movie, I decided to finally see what the fuss is about.