Where has the year gone?? Hard to believe July is upon us.

1.) As You Wish - A fun look into one of the coolest movies of all time! The Princess Bride has been cemented as one of my favorite movies, especially now that I know how difficult it was to get the green light for production and how complicated the scenes were to film.

2.) Manga Classics Pride & Prejudice - A really worthy illustrated version of P&P. Great for quickly re-living the novel or introducing it to younger generations.

3.) The Secrets of Sir Richard Kenworthy - This was a suspenseful read from Julia Quinn! A true page turner for me.

4.) Voyager - *Key Music*: Reunited and it feels so good! I don't want to spoil anything for other readers...lets just say this finally resolves some of the cliffhangers.

5.) The Worrier's Guide to Life - Cute and funny in a introvertly, neurotic way. I think it's a great comic strip with something for all us over-thinkers.

6.) We Were Liars- A surprisingly creepy and twisted YA novel. Not at all what I was expecting. Fun for summer reading.

7.) All the Bright Places- I've been burnt out on YA, but now I'm trying to give it a fair shot once again. The characters in the novel literally broke my heart. Very moving read.

8.) Bonnie Blue Butler- An interesting autobiographical find: the memories of the child who played Bonnie Blue Butler in 'Gone With The Wind'. The family and I recently revisited Margaret Mitchell's home/museum in Atlanta, and I'm collecting books on the making of the film.

9.) Cat Vs. Human- A must for cat mom and dads everywhere. If you enjoy Lolcatz, you'll love this. 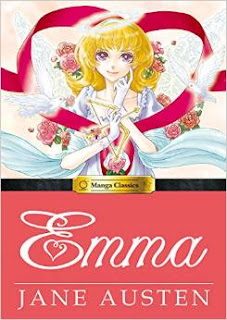 My Thoughts: After being delighted by Manga Classics: Pride & Prejudice, I was highly anticipating this title, with *fingers-crossed-they'll-do-other-Austen-works-too*. Thankfully, this version of Emma does not disappoint! 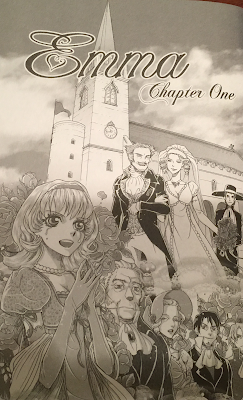 The illustrations are well done and very cute. They really flow with the storyline and bring Emma to life. The adaptation also follows the original novel faithfully, making it just as enjoyable as reliving the book by watching one of the film/television versions. If you're a manga fan looking to get your feet wet in Austenland, I highly recommend this one! If you're an Austen fan already, this makes a great gift or addition to your collection. I really, really liked Marvel's Emma, but as I'm biased towards manga/anime, I love this edition! 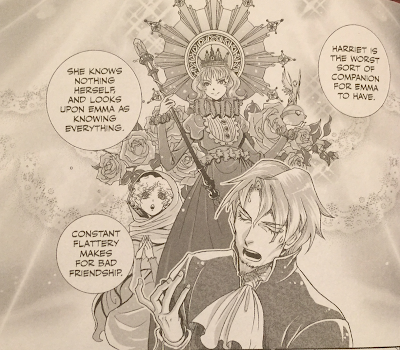 Review: The Fangirl's Guide to the Galaxy by Sam Maggs

The Fangirl's Guide to the Galaxy: A Handbook for Girl Geeks by Sam Maggs
My rating: 4 of 5 stars
I guess I’ve technically been a geek since 5th grade, the year I watched the original Star Wars trilogy for the first time, and later thought, hey, it might be fun to collect the action figures with my little brother.

We didn’t call it being a fangirl back then, but nevertheless, I guess I still am one today. So that’s why I was drawn to the ARC of this book. I didn’t know what to expect, except that I’m a fangirl and I figured I’d enjoy a guide to the fangirl galaxy.

The book is broken down into: A personal Introduction from the author, It’s Good to Be A Geek (a list of popular fandoms, terms, etc.), Geek Girls Online (an overview of the online resources available to fangirls, tips for newbies), How to Survive Conventions (lists of cons, more tips), Geek Girl Feminism (an overview with helpful terms and myths, list of strong female characters), and a list of more Resources.

I thought the guide was very helpful and encouraging. I wish this guide had existed years ago, back when I was new to conventions and feminism in general. Presently, I learned about several fandoms I’m not familiar with (Doctor Who, Marvelites, Whedonites) and great resources for geek social networking, shopping, and tutorials.

I’ve already used several of the resources, including one forum that I’m currently working on a fictional character swap. In person, day-to-day, it can be hard to find other fangirls to be friends with, so the links are great!

All-in-all, a useful and motivational guide for fangirls. Great as a general reference or as a gift.

Review: All The Bright Places by Jennifer Niven

All the Bright Places by Jennifer Niven
My rating: 4 of 5 stars

This review is going to be tricky because I don't want to give away spoilers. The book is described as a what-to-read next if you're a fan of 'The Fault in Our Stars' and/or 'Eleanor and Park'. I haven't read either of those titles, but I thought the concept of 'All the Bright Places' sounded fairly unique. Only slightly reminiscent of manga from the 90s, where upset characters jump from high places.

Violet is your typical girl who had a normal life until tragedy hit her family. Because of her grief, she doesn't know where she fits in anymore. She struggles with depression and a major phobia.

Finch is a misfit with a dysfunctional family. He marches to the beat of his own drummer, and most the time, enjoys being different. His zest for life comes with equal bouts of depression and fascination with death.

The two characters are thrown together by chance, forcing Finch to keep a secret for Violet. Suddenly, Finch seems to be the boy that won't go away when the two are assigned a class project together.

Overall, I feel that Niven did a really good job on Finch's character. He was a little like an unpopular Ferris Bueller with depression. Up for anything, but with a very real struggle. His character will probably stick with me for years to come.

The author's note was heartbreaking. I almost wish I'd known that Niven was inspired by true-life events before reading the book. It makes it all the more touching and tragic, and drives home the fact that kindness, awareness, and outreach are key to saving lives.

Review: We Were Liars by E. Lockhart

We Were Liars by E. Lockhart
My rating: 5 of 5 stars

A wannabe summer romance with the wrong boy. Secrets to save a girl from pain and to keep up an honorable family name. A creepy, heartbreaking end. Fair warning: Sad, tragic ending alert.

I first learned about We Were Liars from the Goodreads Choice Awards. Suddenly, it came highly recommended by everyone. But I was a little skeptical if I’d enjoy it. When you read a lot, you get burnt out on certain genres and plots. Summer love + the wrong boy + a Wuthering Heights influence =…seems like I’ve read that before.

Yet, for me, ‘We Were Liars’ was an effortless and enjoyable read. It has a classic, timeless, but relatable, feel: yearly family gatherings, quirky family members, slight dysfunction, and a greater sense that something isn’t quite right or things are not as they seem.

An easy summer read. Great for people who enjoy fiction with a twist.

(Sorry for the belated Top Ten Tuesday, I'm currently under the weather) 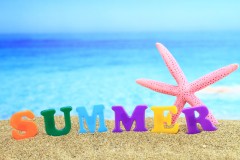 1.) Far From The Madding Crowd - As I posted earlier, I am obsessed with this movie and HAVE to read the book now. I hope I can figure out what the main character, Bathsheba Everdene, was thinking!

2.) To Kill A Mockingbird - It's been a while since I've read this classic and I want it fresh in my mind when "Go Set A Watchman" releases in July. Super excited.

3.) The Two Towers - I put off reading Lord of The Rings for years. Well, the time is now! Having read The Fellowship of The Ring, I want to continue on and get to the good parts with Gollum.

4.) The First Four Years - I've been full of Laura Ingalls hype from reading her autobiography, Pioneer Girl. Now I'd like to revisit the book about her first years of marriage from an adult's prospective.

5.) Tess of the D'urbervilles - While I'm on the Far From The Madding Crowd kick, I also need to check out more Thomas Hardy novels. I received this one in the Goodreads' College Student Christmas swap! Need to move higher on my TBR pile.

6.) Manga Classics: Emma - I loved the Pride and Prejudice comic from Manga Classics! I'm sure they'll do justice to Emma as well.

7.) Sense and Sensibility - For the past several weeks, I've had the urge to revisit this classic. Dunno if it's the previews of the new Alan Rickman & Kate Winslet movie or what. So far, I've put it off because I'm searching for a copy with larger print.

8.) Anne of Ingleside, Green Gables Series #6 - Too much time has past since I started the Anne of Green Gables series! I got overwhelmed with college and life and forgot which book I left off with. For me, #4 and #5 had several sad moments and started to feel repetitive. Maybe this one will be better?

9.) Legend of Zelda: A Link to the Past - Apparently, in the early 90s, Nintendo Power had a comic based on the popular video game. I wasn't much of a magazine reader as a kid and didn't play the game until the late 90s, so I'm curious about what I missed. 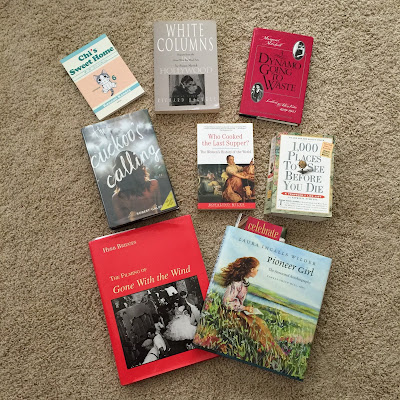 We buy and trade a lot of books and I wish I remembered to add them to this blog more often. :( Is there a way to streamline posts from Instagram to Blogger? I wish. Maybe then I'd post about my incoming books without the hassle of getting the photo off my phone or camera, onto the computer, and back to Blogger.

Anyhow, I digress...I had some interesting incomings in May. I didn't get nearly enough reading done because of my foot surgery. I pre-wrote several posts for May and thought I would get a lot of reviews done during the month. But then I didn't take into account how I would feel after surgery. 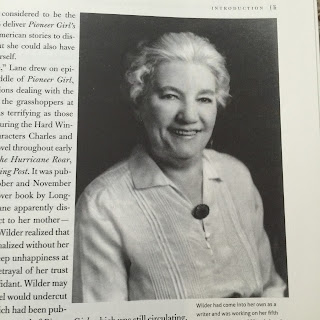 Finally got a copy of Pioneer Girl, the autobiography of Laura Ingalls Wilder, from Books-a-million.com! Amazon has had it out of stock for months. I'm currently reading it and the forward is fascinating. It's a thousand wonders that Wilder's writing finally was published.

I found several used books related to the film history of Gone With The Wind and biographies of Margaret Mitchell. At the beginning of the year, the family and I revisited Margaret Mitchell's house in downtown Atlanta. It's a thousand wonders that the film was ever made. The production had problems from the start: changes in directors, cameramen, actors that didn't want to commit, and no full script. 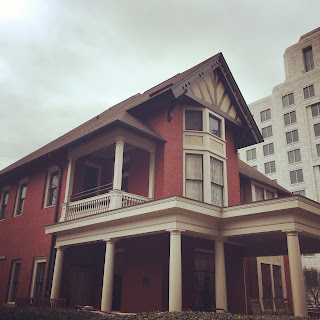 From paperbackswap.com I finally received a copy of JK Rowling's Cuckoo's Calling. I love ex-library books. Guess I'll see what all the fuss was about.

Vonze at the Movies: Far From The Madding Crowd

For years, I've debated if I should start a movie blog. Before I became a bookworm, I was a movie buff. Although I average a hundred books a year, it pales in comparison to the number of movies I've watched in my life.

Anywho, I wanted to give a shout out about the new film version of "Far From The Madding Crowd" also a novel by Thomas Hardy.

I AM NOW OBSESSED WITH THIS MOVIE. OMG.

Best movie since I saw Pride & Prejudice (2005) in theaters.

The trailer is good but really doesn't tell viewers much. Bathsheba Everdene (hm, did Collins get Katniss' last name from her??) lives on a farm and is courted by the shepherd next door. Due to a tragedy, their courtship cannot continue. Bathsheba's world is changed when she inherits her uncle's large property. As a landowner, she moves up in the world and is courted by another local landowner. By chance, she's also entranced by a young solider. Drama, romance, plot twist, beautiful setting, all the stuff I love.