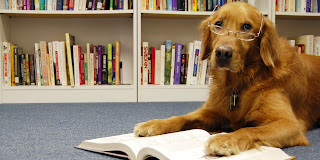 Romeo - The beautiful blue-eyed cat who held this namesake lived to be 19 years old! I got from my grandparents' farm in first grade. At the time, of course, I wasn't fully introduced to Shakespeare, but one of my favorite country songs that year mentioned the name "Romeo" and I just understood in kid-terms it meant a cool boy you love.

Obi-Wan Kenobi - My sweet odd-eye cat from middle school. I don't remember why I picked this character name out of the sea of awesome Star Wars characters. Maybe because he was as white as Sir Alec Guinness' hair? (Sorry Sir Alec!)

Taz - He was a black cat with just a hint of orange-ish stripes that appeared a little brown. So fluffy that he appeared plump; he reminded me of the Looney Tunes character. The Taz-Mania cartoon show and comics were also popular at my school at the time.

Frodo - The Return of the King was recently released and this pup had eyes as blue as Elijah Wood's appear onscreen. But, as a Great Pyrenees mix he ultimately grew bigger than any hobbit. He was quite the adventurer though, running over the hilly cow pasture.

The Black Panther (Chadwick Boseman) - The newest addition to my family is a black kitten who is quite the little panther. I've been wanting to do something to honor Chadwick Boseman, who I thought was a great actor and I was deeply saddened over his untimely passing; giving the kitten his name just fit.