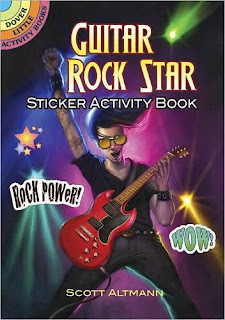 Love this topic, btw! One of the best IMO, rock on my book people!

Unite Me by Tahereh Mafi - I think, pretty much, the entire Shatter Me series titles would make good song titles (Shatter Me, Ignite Me, Destroy Me). I could see "Unite Me" as a rock love ballad by someone like Imagine Dragons. The sort of song you could play at a wedding or wedding reception like Aerosmith's "I Don't Wanna Miss A Thing."

An Offer From A Gentleman by Julia Quinn - I think this one could be rock or country. It reminds me of lyrics from The Killers "When You Were Young," but I could also see some pop-country chick like Taylor Swift singing about the ideal country gentleman.

Hark! A Vagrant by Kate Beaton - This title is just so much fun to say. Since reading this collection of comics, I've done my best to work the title into my everyday vocabulary. It'd make a fun punk rock or rap song.

To All The Boys I've Loved Before by Jenny Han - Back in my pop-music-hay-day I'd say this could be a song by Pink or No Doubt. But I could equally see it as a soulful ballad by Adele.

Yes No Maybe So by Becky Albertalli - The sequel to the song “Call Me Maybe,” perhaps? I haven’t read this one yet, so don’t spoil it for me! I get a sassy Megan Trainor vibe, too.

We Keep The Dead Close by Becky Cooper - This one is straight out of the Goodreads Choice Awards best nonfiction nominees. I don't normally read about murder mysteries, but the title and cover of this one made me do a double take and read the synopsis. The title could make for an interesting ska or metal song.

All Along You Were Blooming by Morgan Harper Nichols - I’m thinking this title could be an inspirational folk indie song. The kind with boho clothes and fields of flowers.
You Deserve Each Other by Sarah Hogle - Ouch, sounds like a break-up song, even though the synopsis sounds like it ends in HEA.
You Had Me At Hola Alexia Daria - Cute title could make a cute Latin-pop crossover. I'm thinking to the tune of Shakira's "Hips Don't Lie."
There's Something About Christmas by Debbie Macomber - Ready for holiday tunes, yet? Anyone? I typically do not crank up Christmas music until December.
Tweet
Posted by vonze at 11/10/2020 03:16:00 PM