In My Mailbox (Feb)

A week that I get new books is always a good week!


First off, I won a copy of What Would Emma Do? from The Book Cellar!! I was sooo happy to win this book! It came in the mail early during the week. 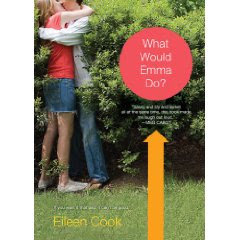 Then my Paperbackswap book, Blood Ninja, arrived. I think the cover is really cool. 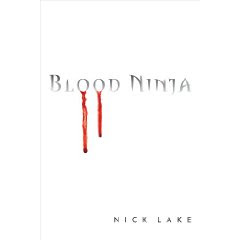 Then my sweet Oshie bought me Sand Chronicles Volume 7 from Borders last week. I read it quickly and now I can't wait for the next volumes to come out. 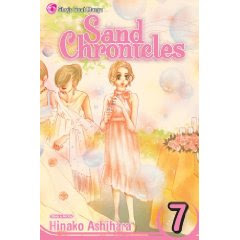 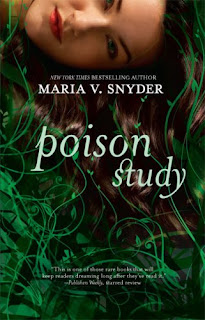 Book Description: "Choose: A quick death . . . Or slow poison . . .About to be executed for murder, Yelena is offered an extraordinary reprieve. She'll eat the best meals, have rooms in the palace -- and risk assassination by anyone trying to kill the Commander of Ixia. And so Yelena chooses to become a food taster. But the chief of security, leaving nothing to chance, deliberately feeds her Butterfly's Dust -- and only by appearing for her daily antidote will she delay an agonizing death from the poison. As Yelena tries to escape her new dilemma, disasters keep mounting. Rebels plot to seize Ixia and Yelena develops magical powers she can't control. Her life is threatened again and choices must be made. But this time the outcomes aren't so clear . ."

This book really made me go, "Wow, now that's a good story!"

I received Poison Study as a gift. Beforehand, I'd never heard of it and I really wasn't expecting much. But I was pleasantly surprised! Poison Study has a great plot, great characters and a little romance thrown in.

I immediately liked the main character, Yelena. She's a strong female lead. She admits that she killed a man and she's not sorry for it. However, she does want to live, so when she's pulled out of the dungeon and offered a job as the royal food taster, she takes it. In return, she agrees to risk dying for the Commander of Ixia and to take deadly Butterfly Dust everyday. In order to survive, she has to report to the Commander's head man, Valek, for the daily antidote.

I also liked Valek's character from the beginning. He was cool, in control and mysterious. There seemed to be underlying sparks between Yelena and Valek from early on. I found myself willing them to fall in love, but at the same time, I was never really sure it was actually going to happen.

Course, if risking your life three meals a day and taking Butterfly Dust wasn't enough, poor Yelena has plenty of other problems. The father of the man she killed isn't too happy that she wasn't executed. So, he's always out to get her. Several of the other servants don't like her, so there's few people she can trust. Magic is outlawed in Ixia and Yelena's magical abilities seem to be growing stronger. Her hope is to escape Ixia, even though it seems impossible.

My only complaint was the surprise about the Commander of Ixia. It seemed out of place in the story. I really didn't understand it's significance. Read it and see what I mean. 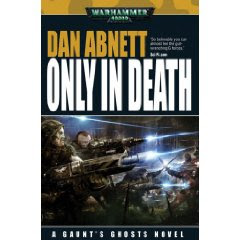 Only in Death (Gaunt's Ghosts)
Written By: Dan Abnett

Book Description: "As the crusade to liberate the Sabbat Worlds continues, Colonel-Commissar Gaunt leads the Tanith First-and-Only into an unforgiving new warzone - the fortress world of Jago. As the enemy assaults increase in fury, Gaunt and his regiment must face the terror of the present alongside the ghosts of their past, for only in death does duty end."

Only In Death stands as an example of what a truly great Warhammer 40k novel should be. The author, Dan Abnett, is in this reviewer's personal opinion one of the very best science-fiction authors in the world today. Only in Death is part of a long series of books ( twelve volumes so far) that recount the mortal struggles of the Tanith 1st, an Imperial Guard regiment, as they move from one battlefield to the next. The series is also known as Gaunt's Ghosts. What Abnett does particular well with these books is describe the battles in gritty, personal detail; and he also weaves believable dialogue blocks in the narratives, which is usually lacking in Warhammer novels. Another great thing about these stories is following the development of certain reoccurring characters over thousands of pages. Believe me, once you have read just halfway through the series you feel like these characters are real people and when they struggle, grow, and sometimes die, you will care. That alone makes Gaunt's Ghost singular in the Black Library.

In this particular story, the Tanith 1st finds itself in an almost hopeless situation. Faced with holding a remote object against the main thrust of a enemy offense. The regiment is almost totally overwhelmed. If you have followed the series up to this point, this situation doesn't sound too different from those in the past; however, this addition to the Gaunt's Ghost series does just deal with matters that are wholly of a military nature. Only In Death marks a return to the spiritual aspects of 40K Universe. The object the the Tanith 1st are asked to hold are believed to be haunted by otherworldly beings and certain members of the regiment are tormented by 'ghosts' from their own past. Abnett's interpretation of spiritual aspects of the 40K Universe are focused on addressing ideas such as 'things happen for a reason' and 'everything has a purpose' and 'there is grand plan for the universe that is too complex to explain'. This sort of story telling is rarely touched on in Warhammer literature. It is great to find it here in such a grand work as the Gaunt's Ghost series, because it enriches the story and takes it one step beyond the run-of-the-mill SF novel series.

Overall, I enjoyed this story and can't wait to see how these events shape future books in the series. It carries on the blending of futuristic warfare with spirituality introduced in earlier volumes. However, because of the way characters are introduced chapter by chapter, it would be kind of difficult for a newcomers to know exactly what is going on with certain characters. For instance there could be a reference to one character's name, yet you may not know anything more about them unless you read volume 5, and thus, miss out on the rich history and significances in the story. Still this observation is true of most stories that come from a series. This story has great character development for a war novel. If you have been following certain characters from volume one to now, you will be amazed at how far they have come. If there is one complaint I can find about the novel it would be how some of the 'ghostly visions' are explained away in three pages, and the lack of explanation of how one particular character survived certain death. In the end, if you are a veteran of the Sabbat Worlds Crusade, you should read this novel. If you are new to Dan Abnett's series, start from the beginning. This is rich series that is best experienced by starting with the first novel and trudging forward. Tweet
Posted by vonze at 2/22/2010 05:43:00 PM 0 comments

It’s easy to enter! Check out Reverie Book Reviews! But hurry it ends on Valentine’s Day!

Check out this great "The Iron King" review and contest at Flipping Pages for All Ages!

While you're there also enter to win a signed hardback copy of the book!

Just wanted to let you know about an AWESOME giveaway that is currently going on at Reverie Book Reviews!

Reverie Book Reviews is giving away 5 books, one a day, as a countdown to Valentine's Day. This is the second day of the giveaway (sorry for not posting it sooner!), so you still have a chance to win one of four books until Valentine's Day. The books include: 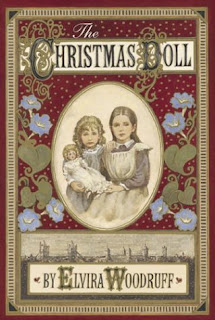 Book Description: "Lucy and Glory are orphaned sisters with no real place to call home. Only their memories of a beautiful doll named Morning Glory brighten their bleak lives. One day, the girls find an old, battered doll that Glory senses is their beloved Morning Glory. But Morning Glory is no ordinary doll. And how she leads the girls to the most surprising turn of fortune makes for a heartwarming story that brims with love, hope, and the spirit of Christmas."

This was a short and sweet little story I read for Christmas. I trade and read a wide variety of books for what I like to think of as my “novel research.” I do my best to read and keep up with the books that the publishing companies I’d like to be published at release. So, since this was a historical children’s story that many people recommended, and I think writing and publishing a historical children’s story would be awesome, I decided to check this title out.

The Christmas Doll could be described as a Charles Dickens-ish story with a female main character. Lucy and Glory’s parents are dead and they live in a workhouse. The book begins just slightly before they escape. As children living on the streets, their future looks really dim, until they discover they can trade items they find at the dump for food. The younger girl, Glory, finds a worn and muddy old doll at the dump, and immediately wants to keep it. During their time at the workhouse, the older girl, Lucy, would often tell Glory stories about what life was like when their parents were living. One of the stories included a doll they owned named “Morning Glory.” Glory immediately believes that the doll she found at the dump is “Morning Glory.” The older and wiser sister knows that they need food more than they need a doll, so she takes it to a doll shop. The doll shop owner agrees to buy the doll’s head since it’s in fair condition and, through a stroke of luck, decides to hire Lucy to sew hearts onto their new dolls because of the Christmas shopping rush.

The end of the book is very touching, selfless, and would be a good lesson on the true meaning of giving for a child.

With that said, however, I did have a few issues with the book. Several minor characters die at the beginning of the story. This may or may not be okay depending on the maturity level of the child. I could see an 11 or 12 year old reading this. I'm not sure it would hold a 9 to 10 year old's interest, unless they were a good independent reader.

Overall, this book made me feel very thankful that I’m not an orphan during the Victorian era. And it’s good to be thankful at Christmastime. Tweet
Posted by vonze at 2/06/2010 10:08:00 PM 2 comments