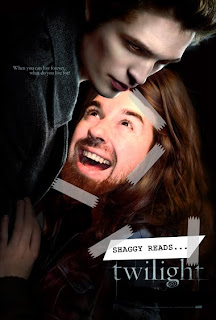 Shaggy reads Twilight
Wow, so where do I begin on this one?

Shaggy Shan is a YouTube and webcomic personality that I've been following for a while now. I enjoy his happy-go-lucky gamer anime nerd humor. He's great at voice acting. If you've never ran across his work you should really check out his YouTube channel and his sister, KT Shy's, webcomic Shrub Monkeys where Shaggy is a frequent character. They crack me up, I'm always eager to check out their new work.

So, anyhow, Shaggy has taken to reading Twilight and his version is awesome for fans and haters of Twilight alike. I've already listened to chapter six and his version of Jacob Black's voice really is to die for (...wait is that a bad Twilight pun?). Check out Chapter One, you won't be sorry you did! Tweet
Posted by vonze at 10/24/2010 01:19:00 AM 0 comments 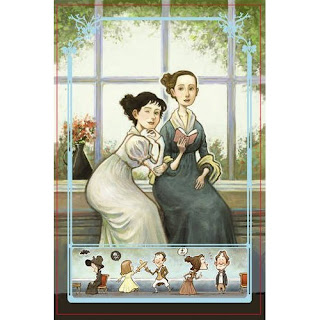 Marvel's Sense & Sensibility (aka ask and you shall receive! yessss!)

Alright, so back in July I reviewed my thoughts on Marvel's Pride & Prejudice comic/graphic novel. In that post I stated that I wished that Marvel would turn other Jane Austen novels into comics. Well, apparently at the time my wish had already been granted. Little did I know that the first Sense & Sensibility Comic had been released a month earlier!