Book Description: "Lena Duchannes is unlike anyone the small Southern town of Gatlin has ever seen, and she’s struggling to conceal her power and a curse that has haunted her family for generations. But even within the overgrown gardens, murky swamps, and crumbling graveyards of the forgotten South, a secret cannot stay hidden forever.

Ethan Wate, who has been counting the months until he can escape from Gatlin, is haunted by dreams of a beautiful girl he has never met. When Lena moves into the town’s oldest and most infamous plantation, Ethan is inexplicably drawn to her and determined to uncover the connection between them.

In a town with no surprises, one secret could change everything."


Beautiful Creatures is a very cool YA book set in a small southern town, where busybodies like to run outsiders off. (Kinda reminds me of where I grew up, so that was a plus as I read this novel) As the description states, Lena Duchannes, is probably the biggest outsider ever to hit Gatlin. Ethan Wate believes that Lena is the same girl whose been haunting his dreams and he's determined to figure out the reason behind her mysterious ways.

I was surprised to learn that Beautiful Creatures was Kami Garcia and Margaret Stohl's first novel. They created a great cast of secondary characters, such as Lena's Uncle Macon and Ethan's housekeeper, Amma, that I adored. Their world really captured the small town, Southern feel.

Beautiful Creatures is narrated by Ethan's character. He's an intelligent, caring hero and I loved his backstory. However, even though I normally feel that a guy's pov can be refreshing in a novel (ex: Harry Potter), I felt like Ethan knew a little too much about the inner-workings of the female mind for a teenage guy. He knew exactly why the popular girls hated Lena, where they'd buy their prom dresses, etc. It was the only downside of his character.

I don't normally read novels about witches (unless Harry Potter counts...I'm more of a vampire chick), but I liked Beautiful Creatures. It's a solid YA debut, and good for fans of Twilight to read afterwards. I look forward to reading the sequel, Beautiful Darkness, in the future. Tweet
Posted by vonze at 2/10/2011 07:36:00 PM 0 comments

On Writing Romance: How to Craft a Novel That Sells by Leigh Michaels


On Writing Romance is great for beginners who've just dreamed up their romance novel ideas. This book covers all the bases, from research to love scenes, plot and the query letter and everything in-between.

I've read several "How-to-Write" books from Writer's Digest. In this book, Leigh Michaels includes examples from the novels of other romance writers (Nicola Cornick, Lyn Cote, Annette Blair, Julia Quinn, etc) which I found helpful. Leigh Michaels not only tells the reader what to do, she shows you good and bad examples.

Love Untamed: Romances of the Old West by JoAnn Chartier


This book is a collection of romantic tales from the old West. Some are sweet, while others are sad or doomed.

Although the tales in this book are true, the stories read like fiction, which took some getting used to at first because I expected the book to quote more sources within the stories themselves. It's clear the authors did a lot of research, I just wish more of their information was quoted. Maybe I was hoping for more of a textbook of true romance stories.

But, other than that nic-picky bit on my part, this book was great. If you love history, have an interest in the old West and like romance, you can learn a lot from this book. I don't normally read or watch many Westerns, but it was interesting to learn about the love stories of famous Western couples like Doc Holliday and "Big Nose" Kate or Frank Butler and Annie Oakley. 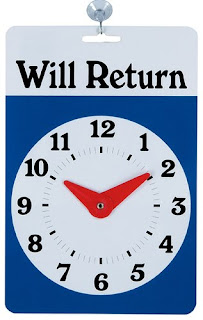 Well, after much waiting, I am now Mrs. Oshie :) We got married in December and the ole blog has been on hiatus since then (books and furniture to move, wedding pics to edit, clothes to wash, cats to feed...etc).