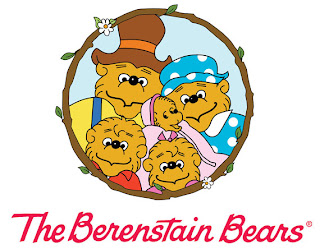 I recently read that Jan Berenstain, the co-creator of The Berenstain Bears series, passed away at 88.

Until now, I never really thought about the major impact The Berenstain Bears had on my childhood or on children's literature in general. There are more than 300 Berenstain Bear titles in over 23 languages! Simply astounding. I think it's safe to say that nearly everyone is familiar with her work.

When her husband passed away in 2005, her son, Mike Berenstain, began co-authoring the books. According to the article I read, he plans to continue the series and the legacy that his parents started in 1962. Tweet
Posted by vonze at 2/27/2012 05:44:00 PM