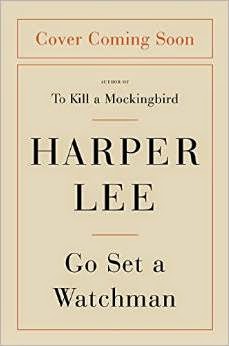 For this Waiting on Wednesday, I picked Go Set a Watchman by Harper Lee.

Book Summary: (From Amazon.com:) "An historic literary event: the publication of a newly discovered novel, the earliest known work from Harper Lee, the beloved, bestselling author of the Pulitzer Prize-winning classic, To Kill a Mockingbird.


Originally written in the mid-1950s, Go Set a Watchman was the novel Harper Lee first submitted to her publishers before To Kill a Mockingbird. Assumed to have been lost, the manuscript was discovered in late 2014.
Go Set a Watchman features many of the characters from To Kill a Mockingbird some twenty years later. Returning home to Maycomb to visit her father, Jean Louise Finch—Scout—struggles with issues both personal and political, involving Atticus, society, and the small Alabama town that shaped her.
Exploring how the characters from To Kill a Mockingbird are adjusting to the turbulent events transforming mid-1950s America, Go Set a Watchman casts a fascinating new light on Harper Lee’s enduring classic. Moving, funny and compelling, it stands as a magnificent novel in its own right."

My Thoughts: I literately (pun intended) haven't been this excited about book news since I learned J.K. Rowling is also Robert Galbraith.

The news about Harper Lee's second novel really came out of nowhere for me. When a friend told me, I nearly flipped my lid. Apparently everyone found out about this before I did!

I'm really looking forward to reading to this book. However, at the same time, I'm also holding my breath. New info on old characters could be a good or bad thing. What if new information tarnishes Atticus' image as the model father and classic hero? What if Jem and Scout have grown up to be bums? I can imagine all sorts of terrible things that would destroy the tale I know and love in my memory.

So, in July, I'll be rushing out to get this, full of curiosity and hope that the book adds to To Kill A Mockingbird and doesn't take away from the beloved classic.
Tweet
Posted by vonze at 2/25/2015 07:00:00 AM 2 comments 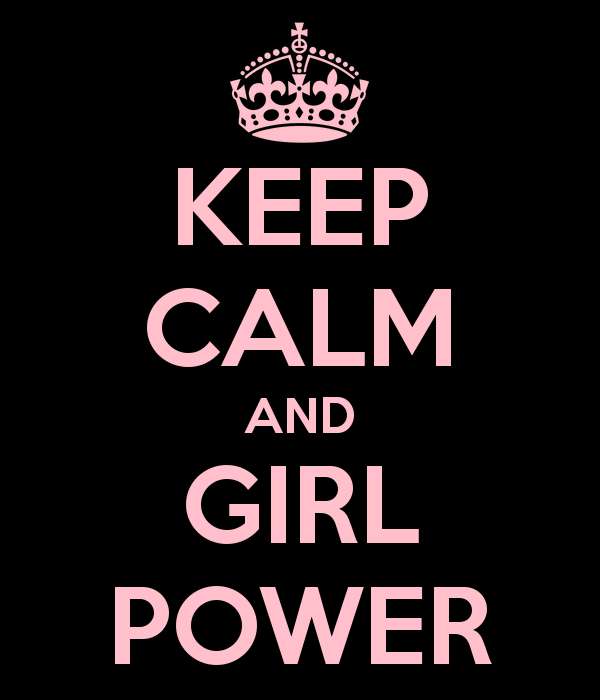 
1.) Katniss- I think Katniss is one for the ages. Maybe I'm over-thinking it, but I feel the creation and acceptance of her character in pop culture is a positive sign that women are more respected and accepted in powerful roles and leadership positions.

As a kid, I wanted to go on adventures. But there weren't many female characters I could pretend to be. Supergirl was the counterpart of Superman, not original in and of herself. Princess Leia was cool, but she's not always fully part of the action.

Granted in the meantime, female heroes have greatly improved since then. Powerpuff Girls, Kim Possible, Totally Spies!, Dora the Explorer are some seemingly nice examples. However, for me, it's just great to know that any future daughters or granddaughters that I have, will have a character like Katniss. She's in the action, she's skilled, she's self-reliant, she's original. (okay, Katniss rant over).


2.) Josephine "Jo" March - Some would probably think that going from Katniss to Jo is an extreme. However, I love that Jo's character is a day-dreamer and creative. She probably wouldn't write the Hunger Games, but I imagine her creating other strong female characters in her dramatic stories and plays. She's not afraid to take command and get her sisters involved in adventures they wouldn't have otherwise.

On a personal level, I enjoy Jo's temper because I see reflections of my own temper in her character. And I like how Jo greatly stays authentic to herself. She tries to respect her old Aunt Jo, but doesn't pretend to like her, because Jo is ruled by how she feels. And, although there is a part of me that wishes she would have ended up with Teddy, like a fairytale, I do like that she's honest about how she feels. She doesn't foolishly rush into things.


3.) Elizabeth Bennet - Where Jo is creative and passionate, Elizabeth is quick-witted, clever, and honest. For the time it was published, one of the unique things about Elizabeth's character is the fact that she stands up for herself, regardless of the other person's money or status. This would have been very shocking to readers in Jane Austen's time. However, today Elizabeth is simply a great role model.

It's interesting that Elizabeth is also very loyal and a good friend. For example, even though her mom is annoying, Elizabeth tries to be a good daughter to her. When her best friend marries the ridiculous Mr. Collins, Elizabeth accepts it. And, even though one of her sisters goes crazy renegade (and most of us would give her a piece of our mind), once Lydia is married, Elizabeth doesn't appear to harbour hard feelings towards her.


4.) Jane Eyre - Poor Jane as a lot of adversity to overcome. I wouldn't trade place with her for one moment. That said, the great thing about Jane is she doesn't waste a lot of time feeling sorry for herself. She rolls with what is thrown at her. She has an inner strength. There's a calm sense to her character, as though she knows she has the power within her to make it through life's hardships.

Through all the drama with her love interest, we know that Jane is strong and will be okay, even when it looks like she'll end up on her own. She's independent and honest with herself. She is a survivor. In the end, she's also displays a great example of unconditional love.

5.) Mary Lennox - Mary from The Secret Garden doesn't get enough credit for being a rule breaker. Although girls of her time were encouraged to be more Pollyanna-ish, Mary behaves how she likes and doesn't apologize. She's told to stay in her room and to ignore the mysteries around her. But instead she explores her new world, and solves problems in the process.

A major trait I liked about Mary's character is the fact that she doesn't back down from her opinion. When she believes that something can be done, she isn't swayed by the thoughts and claims of others. She sees possibilities.


6.) Anne Shirley - Anne's character is proof that a little positive personality can go a long way. While self-described as "plain, old, unromantic Anne Shirley," what she thinks she lacks in looks and interest, Anne makes up for with her hope, wits, kindness, and day-dreams.

I love, love how over-dramatic she is. As an over-thinker, it's easy to identify with her character. Laughing at her is a good-natured way to laugh at one's self.


7.) Hermione - Hermione is really a role-model for all us book nerds and geeks who enjoy studying. Her character feels classic: the know-it-all, bright girl, who isn't afraid to run with the boys. However, off the top of my head, I can't name another female character from the books I've read similar to Hermione. In stories involving groups of friends, there's often a smart/genius character, yet, it's not often a girl.

I like how prepared Hermione is. In the Muggle world, she was probably a Girl Scout at one time. Seriously, what would Harry and Ron do without her knowledge? They're lucky she has awesome memory and retention skills.


8.) Stargirl - Susan Caraway, aka Stargirl, is a recent addition to my favorite heroine list. Be yourself is a timeless message, however, Stargirl's character truly embodies that lesson. She's happiest as her unique eccentric self. I enjoyed reading her child-like fun, how she helps others, and how she isn't afraid to let her spirit shine. Her character is also great because she's happy-go-lucky and doesn't let set-backs get her down for long.

The world needs more people like Stargirl who believe in kindness and nonconformity. Stargirl is a strong example of a self-assured girl with leadership potential.


9.) Main Jane - Main Jane from "The Plain Janes" graphic novels, is a good example of a smart, female rebel. She combats the norm by befriending fellow misfits, even though they have little in common other than the first name, Jane. She fights the problems around her through art. I like that each Jane takes an active role in their unique mission.

Overall, Main Jane is a good role model for eccentric and artsy-fartsy types who are looking for a form of expression. And, maybe, anyone who secretly likes graffiti.


10.) Mrs. Frisby - Do fictional animal characters count? Since I'm out of ideas for characters on this list (listing ten items is always a challenge!), I'm going to say yes this time.

Although she is in fact a mouse, Mrs. Frisby is, in my mind, a great example of a brave female hero. She's a mother, desperate to save her son, who ends up helping and saving a whole society. She goes out of her comfort zone and challenges her own knowledge and strength, facing many fears along the way. In my opinion we need more human heroines like her!
Tweet
Posted by vonze at 2/24/2015 07:00:00 AM 2 comments 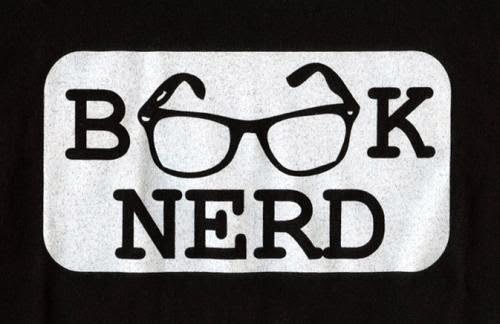 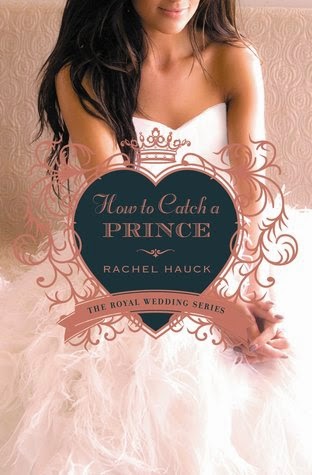 For this Waiting on Wednesday, I picked How to Catch a Prince by Rachel Hauck.

Book Summary: "Prince Stephen came to America to escape responsibility. But what he found complicates his life more than ever.

Corina Del Rey is happy with her life in Melbourne, Florida. She spends her days engrossed in her career as a journalist and has her sights set on climbing the corporate ladder if for no other reason, to distract herself from her dissolving family. But when she is confronted with the past she fought so hard to put behind her, she struggles to make sense of her future.

Prince Stephen of Brighton Kingdom has moved on since the tragic death of his buddies in Afghanistan. A star professional rugby player, he has no intention of looking over his shoulder at what could have been.

But when a notice arrives in the mail requiring his and his wife's appearance before the courts to dissolve their marriage, he must deal with the questions rumbling around in his heart. He thought his marriage had been annulled long ago, but his memories of Corina Del Rey remain close. Does he still love her? Can he even find her? Above all, can he tell her the truth about that fateful night in Afghanistan seven years ago? If he does, he might really lose her forever."

My Thoughts: Sounds dramatic! And a little different than the first two novels in the series by Hauck. However, changing it up can be a good thing. It'll be interesting to see how Prince Stephen and this mysterious Corina Del Rey work things out.
Tweet
Posted by vonze at 2/04/2015 07:00:00 AM 2 comments