Voyager by Diana Gabaldon
My rating: 4 of 5 stars

I don't know how Gabaldon does it. Just when you think the story is over, she adds new layers. Each book is a detail-rich epic chopped full of emotional ups and downs. There are times when I love and hate the characters, but the immersive story keeps me reading and wondering what will happen next.

The second novel in the Outlander series, Dragonfly in Amber, ended on a huge emotional cliff-hanger. Claire returns to her time while pregnant, leaving Jamie to face a battle that most likely means death. The years fly by. Claire is certain that Jamie died that day on the battlefield. But amazingly, she finds new historical data that proves he survived. So, after twenty years, she decides to return through the stones to find him.

I held my breath for the moment they were reunited. I enjoy the strong, yet equally tender connection that Gabaldon created for the couple. The dialogue and everyday historical details truly bring the story to life. Again, I don't know how she does it...I wanna know how much research she does everyday. All the nitty-gritty aspects of daily eighteenth-century life are there. My only complaint is, at times, the author goes into too much detail about minor characters. Realistically, Jamie moved on with his life after he thought Claire was gone forever, but the author's style spares none of the details. She dangles the carrot of promised reunion, but forces you to tread through drama I'd just as well be told than shown. She's a wonderfully smart author who creates an all-access journey with each book. But, part of me wonders if she enjoys torturing us. However, regardless, I'll be reading the next book and waiting until I can watch the second-half of the show. 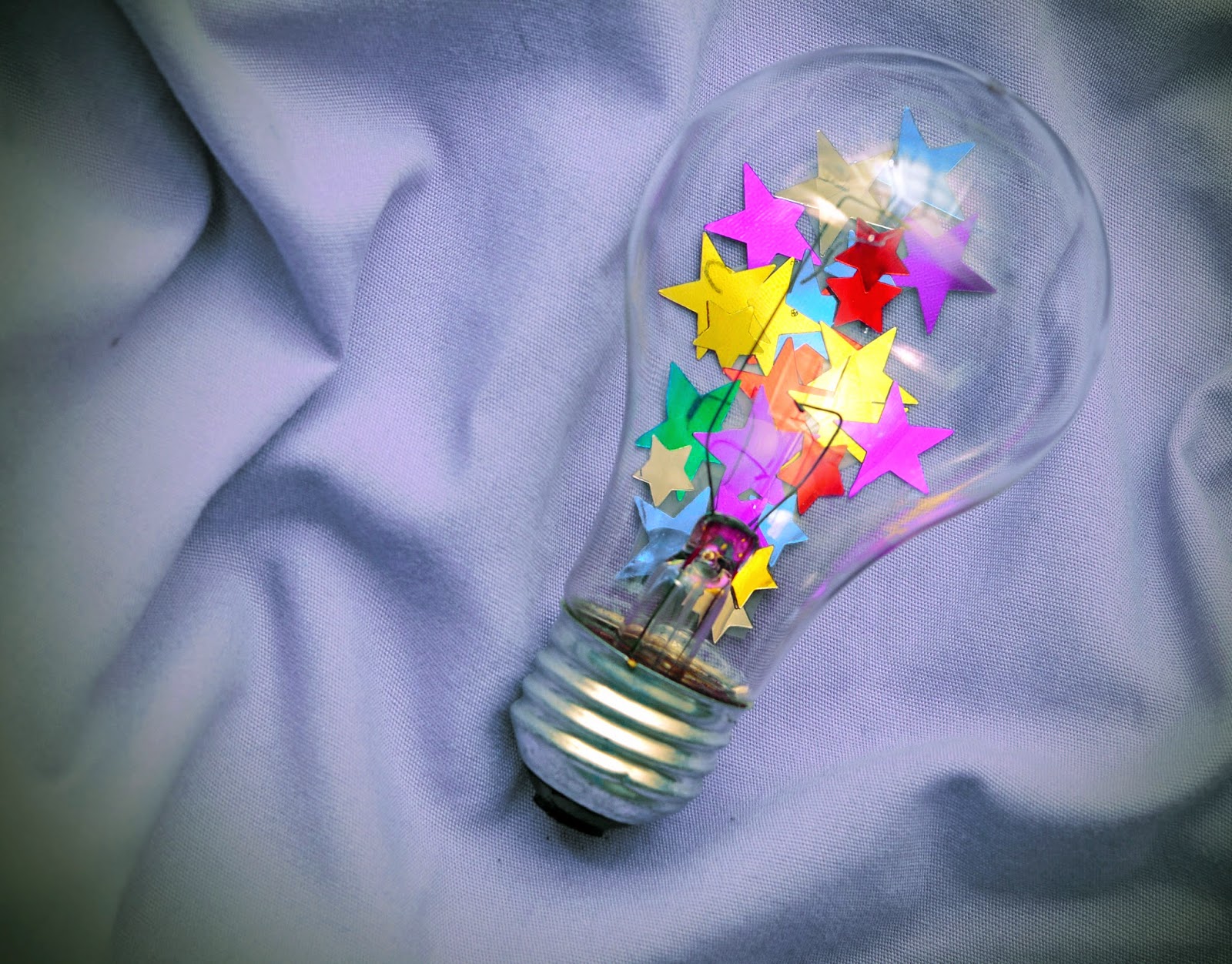 1.) "You're braver than you believe, and stronger than you seem, and smarter than you think.” - Christopher Robin [A.A. Milne], Winnie the Pooh

2.) “Hope is the only thing stronger than fear.” - Suzanne Collins, The Hunger Games

3.) “Isn't it nice to think that tomorrow is a new day with no mistakes in it yet?” - L.M. Montgomery, Anne of Green Gables

4.) “Hang in there. It is astonishing how short a time it can take for very wonderful things to happen.” - Frances Hodgson Burnett, Little Lord Fauntleroy* (I think, lol :))

9.) “It is our choices [...] that show what we truly are, far more than our abilities.” - J.K. Rowling, Harry Potter and the Chamber of Secrets

Review: Love Letters to the Dead by Ava Dellaira

Love Letters to the Dead by Ava Dellaira
My rating: 4 of 5 stars

If you liked "Perks of Being A Wallflower," this book could definitely be labeled as "what-to-read-next" on the bookstore shelf. So much so, that I would be very shocked to learn that the author wasn't a personal fan of "Perks of Being A Wallflower," both novels share so many of the same elements. Whereas, "Perks" is a retro coming-of-age story, "Love Letters to the Dead" follows a teen girl as she writes to dead celebrities to work out her issues with her boyfriend and her sister's suicide.

I was initially drawn to the book because I thought writing to Kurt Cobain, Judy Garland, etc., was a unique concept. I'm an average Nirvana fan, but I know several obsessed fans. I thought, perhaps, the character would be a huge fan, have OCD, or Asperger's Syndrome. However, the people she writes to were mainly her sister's favorites. Throughout the book it's as though the character is trying to take on her sister's personality. While writing to these dead celebrities, in a way, she's indirectly writing to her sister. She gets mad at them because she's mad at her sister. It's one of the ways she works through her grief.

Because of the subject matter, it was difficult read at times. It's heartbreaking enough to be taken into the mind of someone who misses their sister and hero. Yet, there was added pain with a back-and-forth immature teen relationship, friends with problems, family trouble, and abuse (emotional and physical). Not for the faint-of-heart or impatient. Probably would be helpful to teens in similar situations.

Top Ten Characters You'd Like To Check In With 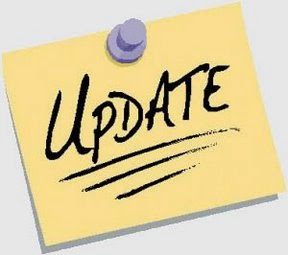 Top Ten Characters You'd Like To Check In With

Sometimes it's a case of ask and you shall receive in the book world...a lot of recent books I've grieved with abrupt endings, now have sequels! However, here's a few characters I'd love to have a status update on:

1. and 2. Hermione & Harry - With Rowling upsetting everyone's apple cart that Hermione and Harry should have gotten together...(she's the author, she can write that!), I'd almost like to see a widowed Hermione and Harry as a couple...even in their 60s, 70s (feel free to run with that fanfiction idea!). IMO a new series about their grandkids would be more refreshing than continuing the story straight from the end of Deathly Hallows.

3. President Snow's Granddaughter - (Spoiler Alert) Seriously, Katniss, you just got out the Hunger Games and war, and you wanna put another innocent girl in the mix? Some fans presume that with Coin dead, President Snow's granddaughter is saved from playing in the games. Or is she? I'm interested in the upcoming movie's take.

4. Mr. Rochester - (Spoiler Alert) I know that the book implies that all is eventually well and good for Mr. Rochester...he recovers and has Jane to care for him. But I like to know-know, you know? Bronte could have really taken us through the journey of his path back to health.

5. Stargirl - Does Stargirl keep on shining? Does she find an equally awesome and unique boyfriend/husband (better than Leo)? Does she find her people? Does she have starbabies? I want a new book in this series!

6. Cassandra Mortmain - Although it's been years since I read "I Capture The Castle" I remember being very disappointed in the ending. There was a sense that Cassandra and her odd family would be okay, but for me there really wasn't enough closure.

7. Jacob - So, Jacob, how's that being in love with Nessie thing working out? ...I feel like his character was cheated out of a life. I kinda feel sorry for him. Why couldn't Meyer put him with a nice wolf girl? I'd love to see a magic loophole out of the Jacob/Nessie pairing.

8. Mary Bennett - Poor Mary is the dorky sister in Pride & Prejudice. I know that at least one film version hints she would have been a better match for Mr. Collins than Elizabeth (their mother is just blind to that fact). So, does she become an old maid, the spinster sister who goes to live with Elizabeth? Or does she find her own piano-playing version of Darcy or Bingley?

10. The Bridgerton Grandchildren - The Bridgerton series is such a nice, romantic world, with the right touch of comedy. I'm excited that the series might be continuing with some of the Bridgerton grandchildren in 2016. I could literally read about this family to modern day.
Tweet
Posted by vonze at 4/07/2015 06:30:00 AM 2 comments

So did anyone else enjoy Amazon's little April Fool's joke? For a moment, I had to clean my glasses, I thought something was wrong with my computer! Ah, remember the good old days when the world's largest bookstore looked like that? Makes me nostalgic for the first time Oshie and I ordered books there.

And, if you're an active Goodreads user, they also had a great joke! A dating app for book nerds. 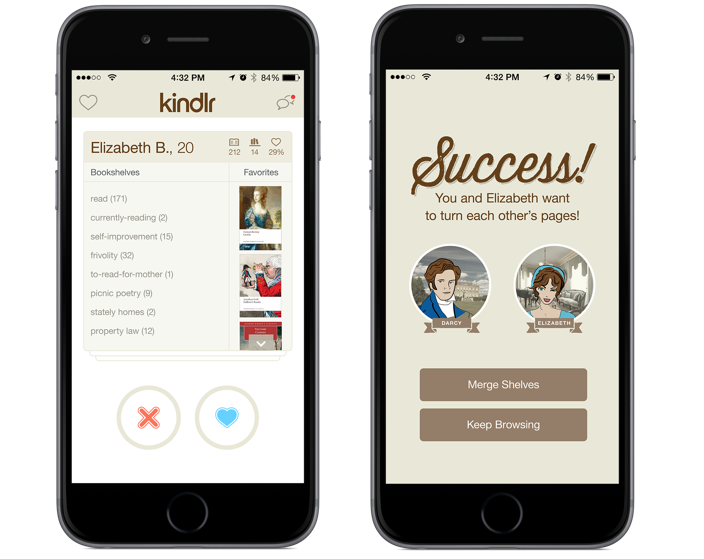