Review: The Nightingale by Kristin Hannah

The Nightingale by Kristin Hannah
My rating: 5 of 5 stars

The best book I've read all year. It's one of those great, engrossing reads. Kristin Hannah is known for strong female characters, drama, and romance. In her latest forte into historical fiction, she doesn't disappoint. In fact, I hope she writes more historical fiction and I wouldn't be a bit surprised if this turns out to be a movie one day.

I was held in suspense as her characters continually fight for survival in German-occupied France. The book was not only an emotionally charged read, but also it taught me a unique historical prospective. Normally, when I think WWII, I envision individuals on the home front in the U.S., England, or Germany. Now I can add occupied France to the list.

Vianne and Isabelle are sisters, but family dysfunction, age and personality differences have strained their relationship. When a German solider takes up residence in their home, Vianne struggles to remain calm for the sake of her daughter, while Isabelle is eager to rebel. Suspense, action, romance, and murder follow suit.

Highly recommended. Although the subject matter seems grim, I didn’t want my journey with the Vianne and Isabelle to end. I only wish I’d read it sooner! 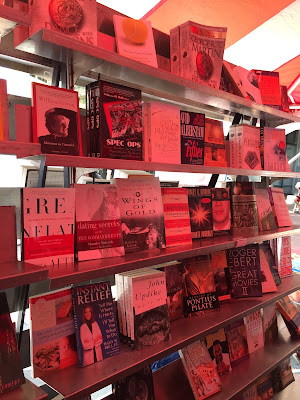 Once again Oshie and I had a delightful time at the Decatur Book Festival. It truly is a book lover's dream with bargains on new books, author panels, book signings, freebies, and bookish gifts everywhere to be found. We didn't want it to end! I wish every weekend could be DBF weekend, but then I'd be broke.

We attended great panels including:

We wanted to go to more, but that was an action packed day with barely enough time for lunch and creating our own DBF 2015 t-shirt!

Overall, for us, the DBF is a great way to learn about authors we're not familiar with. I'm excited to read the new releases of all the authors we saw. The DBF helps create my birthday and Christmas lists. Oshie was a great sport for going with me to the Romance Pavilion, especially when I was tempted to use him as an example of an Alpha Male (too introverted for that). Katie Ashley, Heather C. Leigh, and Jillian Neal gave some great examples and I can't wait to read their work.

In the De-Extinction panel, my inner child was disappointed to learn that dinosaurs will probably never be cloned Jurassic Park style. But Wooly Mammoths might! Beth Shapiro gave a flawless presentation, and Oshie picked up some pointers from her style. The New Fantasy Fiction panel was so fun. Cindy Dees and Fran Wilde are both super smart and cool ladies. Hands down, "No Better Friend: One Man, One Dog, and Their Extraordinary Story of Courage and Survival in WWII" by Robert Weintraub should be a movie. If you enjoyed "War Horse," I think you'll like this book.

It was a great trip and I highly recommend visiting the Decatur Book Festival if you have the chance!
Tweet
Posted by vonze at 9/17/2015 01:00:00 PM 0 comments 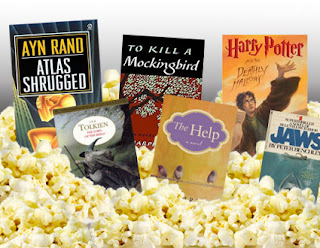 As much as I love books, for years I was more of a movie enthusiast. But when you're broke, it's easier to entertain yourself with books: they last longer than a 2 hour film and they have a higher trade/resale value if you didn't enjoy them. So, I became a bookie out of necessity.

But, now that times are better, I've learned how exciting it is when a book I've enjoyed is being turned into a movie. I'm one of the millions who like to read, wait, watch, and react. Here are some of my favorite book to movie adaptations. Most of them I read after the movie was released. Nowadays, I try harder to read the book before the movie comes out.


To Kill A Mockingbird - I feel like I blog about this one a lot, so I'll just say it does a beautiful job capturing the spirit of the book.

The Secret Garden (1993) - I haven't seen the 1993 version in years, but I'm so nostalgic for it! As a kid, it had the perfect amount of mystery and adventure with a girl main character. Thanks to the movie, I've enjoyed reading the book twice, and many other Frances Hodgson Burnett novels.


Sense and Sensibility (1995) - You know it's great when a preview for a movie makes you excited.  I was only ten at the time, but I remember wanting to learn all about the elegant setting. Now I'm a Jane Austen fan through-and-through.

Harry Potter and the Prisoner of Azkaban - This was the Harry Potter game changer for me. Previously, I had enjoyed the movies as nice kid movies. But I loved the dark and more serious tone of the third movie. That, and time travel, made me pick up the book series for the first time.


Bridget Jones's Diary - Even though I didn't get around to reading the book until 12+ years after the movie's release, the important thing is, this movie really inspired me. After watching it, I started journaling/blogging about my life, and haven't stopped since. Life is crazy, why not share it?

Watership Down - The animation does a great job of telling the unique story. I cry at the end because I become so attached to the characters. I first saw it as a small child, but because of the violence, I can't recommend it to anyone's kids who are under ten.

The Hobbit: An Unexpected Journey - Although I'm typically a fantasy fan, I didn't enjoy reading this one in school (mostly the ending...). However, I loved the first installment of this series. The actors bought the story to life for me in ways I'd overlooked before.

Catching Fire - While 'The Hunger Games' was good, I feel they got more 'right' with Catching Fire (the clothes, the character traits). They added some scenes not in the book, but they did such a good job that it didn't feel out of place, IMO.

New Moon - Ditto for this series. Parts of the first movie are almost campy. Visually, this one makes me want to visit the Northwest Coast very badly.

The Great Gatsby (2013) - I read the book right before this version was released and loved how they captured the excess and mystery surrounding Gatsby. I'm not much for parties, but the party scene in this film is spectacular.
Tweet
Posted by vonze at 9/15/2015 08:00:00 AM 5 comments 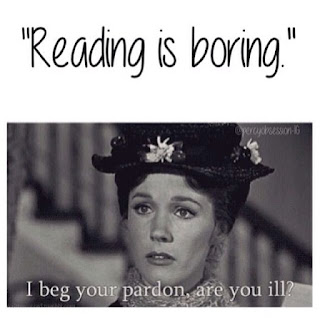 1. Holly Golightly (Breakfast At Tiffany's) - Audrey Hepburn made the character classy, because she was a classy lady through and through. The novel's character is out-of-control and I had a hard time relating to her shocking and trashy ways.

2. Scarlett O'Hara - Although 'Gone With the Wind' is a big part of Atlanta history, Scarlett is a frustrating character. Her obsession with Ashley gets very annoying and because of her mistakes, it's hard not to feel like she gets what's coming to her in the end.

3. Catherine Earnshaw (Wuthering Heights) - Don't get me wrong, I love all the gothic melodrama. But in true old-fashioned soap opera style, Catherine did Heathcliff wrong. Not saying her child deserved to be kidnapped though.

4. Anastasia Steele - I know she isn't from the sort of book that has a lot of character development. Yet, I had a really hard time believing she'd never had a crush before meeting Mr. Grey.

5. Miles "Pudge" Halter (Looking for Alaska) - I have a lot of respect for John Green. He's a good writer. But I really didn't like "pudge"...he's a user.

6. Bilbo Baggins - I love J.R.R. Tolkien's work, don't get me wrong. But I really wanted Bilbo to man-up and fight in the final battle of 'The Hobbit'. I felt like, ugh, do something Bilbo!

7. Newland Archer (The Age of Innocence) - He, too, annoyed me. I know his era required him to be conventional...but I really wanted him to shut-up about Countess Olenska or run away with her. He whined but didn't act.

8. Willy Loman (Death of a Salesman) - The play and the main character depress me. It captures family dysfunction well, but the character's level of denial is really sad to read.

9. Ishmael (Moby-Dick) - He goes on and on and on...and not much happens until the end. For me, he was the slowest narrator ever.