Review: The Time Chamber: A Magical Story and Coloring Book by Daria Song

The Time Chamber: A Magical Story and Coloring Book by Daria Song
My rating: 5 of 5 stars

The Time Chamber is a truly magical story and coloring book for people who love fantasy. The intricate designs spark the imagination while telling the adorable journey of a small fairy.

This is my first adult coloring book, and I feel it certainly sets the bar high. You feel like the colorist of a beautiful graphic novel. It will take me months to finish it!

It's a great gift for people who collect fairy or owl items, or fantasy stories in general. I could see families working on the story, a page at a time, for hours of fun and togetherness. Color now, and use as a bed-time story later.

I was given a copy of this book from Blogging For Books in exchange for an honest review.

Ten fictional families I'd like to celebrate Thanksgiving with 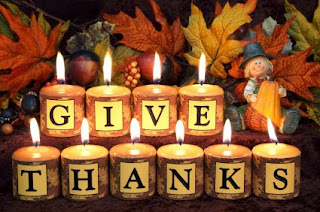 Ten fictional families I'd like to celebrate Thanksgiving with


The Darcy Family - Who needs the chaos of the Bennet household, when you can relax in the finery of the Darcy family estate? If the weather is nice, we could all enjoy a nice walk or fishing. Maybe play a duet with Georgiana on piano.

The March Family - It'd be lovely to bask in the fruits of Marmee's holiday planning, enjoy Jo's latest dinner theatre production, go ice skating, and maybe run over and taunt Teddy for a while.

Anne Shirley and The Cuthberts - Anne Shirley and the Cuthberts would be the perfect hosts. A beautiful farm to tour with Matthew, proper food and decorations by Marilla, and never-ending entertainment from Anne. Just watch what she gives you to drink!

The Ingalls Family - For an old fashioned, handmade, and hard won Christmas, I'd visit the Ingalls family. The gifts would be simple, but the home would be full of Christmas spirit, Pa's fiddle, and Ma's good cookin'.

The Cullens - If Alice had anything to do with it, the Thanksgiving decorations would be fabulous. Could you imagine dining with their expensive, ancient fine china? I think I'd sit out the after-dinner family football, baseball, or hunting trip.

The Weasley Family - Regardless of the magic, the Weasley family sticks together. Although they don't have much, they have plenty of love, kindness, and friendship to go around.

Jase Garrett's Family (My Life Next Door) - The boy next door sure has a great, hard working All-American family. They seems like the sweet kind of folks who'd welcome you to their table anytime.

The Mortmain Family (I Capture The Castle) - Being eccentric, I'm sure I'd have an easy time settling in with the Mortmain family. Explore the castle, stay out of Mr. Mortmain's way as he pretends to work, and have a grand dinner with the Cottons.

The Finch Family (To Kill A Mockingbird) - Pouring syrup all over our food would make for a sweet literary feast. Afterwards we could whine that Atticus won't play football with the Methodists and enjoy tall-tales with Dill.

Elrond, The Lord of Rivendell (Lord of the Rings) - For awkward fantasy fun, it'd be great to gather around the table as Elrond's daughter, Arwen, brings Aragorn over to meet the family for the first time. "Dad meet my boyfriend, he's kinda human, and I know we're elves, but that's cool, right?"
Tweet
Posted by vonze at 11/24/2015 12:59:00 PM 2 comments

Review: Q&A a Day for Creatives: A 4-Year Journal

Q&A a Day for Creatives: A 4-Year Journal by Potter Style
My rating: 5 of 5 stars
For the past three years, I've enjoyed Potter' Style's Q&A A Day 5-Year Journal. It's perfect for reflecting on your day when you're pressed for time, feeling writer's block, or lack an interesting topic. It's amazing to see how much my answered have changed since 2013. Really a personal time-capsule. I highly recommend it.

When I discovered Potter Style's new journal for creatives, I was super excited! I love to draw and doodle, but I lack the time, space, and subject matter to fill a sketchbook. I feel that Q&A a Day for Creatives offers a quick, easy, and organized solution. Each day it poses a question and encourages creatives to draw their answer in the space provided.

My only criticism is the thin pages. It is suitable for pencil, ink, or crayon. But, personally, I wouldn't use watercolor or other paints because it would probably bleed through the book. Maybe in the future they could created a paint and mixed media version with thicker paper.

Otherwise, it's wonderful, and will be my go-to gift this year for artsy-fartsy friends and kids. Give the gift of daily fun and reflection for 4 years to come!

I was given a copy of this book via Blogging for Books for an honest review. 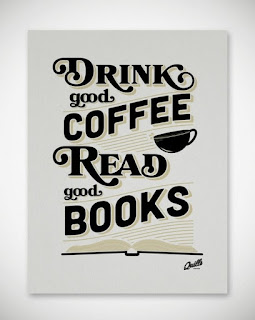 The Nightingale by Kristin Hannah: "Women get on with it. For us it was a shadow war. There were no parades for us when it was over, no medals or mentions in history books. We did what we had to during the war, and when it was over, we picked up the pieces and started our lives over.”


The Fellowship of the Ring by J. R. R. Tolkien: "“I wish it need not have happened in my time," said Frodo. "So do I," said Gandalf, "and so do all who live to see such times. But that is not for them to decide. All we have to decide is what to do with the time that is given us.”"


The Little Prince by Antoine de Saint-Exupéry: “And now here is my secret, a very simple secret: It is only with the heart that one can see rightly; what is essential is invisible to the eye.”


Voyager by Diana Gabaldon: "“I shook so that it was some time before I realized that he was shaking too, and for the same reason. I don't know how long we sat there on the dusty floor, crying in each others arms with the longing of twenty years spilling down our faces.”"


A Darker Shade of Magic by Victoria Schwab: “He would see her again. He knew he would. Magic bent the world. Pulled it into shape. There were fixed points. Most of the time they were places. But sometimes, rarely, they were people. For someone who never stood still, Lila felt like a pin in Kell's world. One he was sure to snag on.”


Sense and Sensibility by Jane Austen: "“It is not everyone,' said Elinor, 'who has your passion for dead leaves.""


The Pilgrim's Progress by John Bunyan: “a man there was, though some did count him mad, the more he cast away the more he had.”


Fantastic Mr. Fox by Roald Dahl: "“I understand what you're saying, and your comments are valuable, but I'm gonna ignore your advice.”"

The Secrets of Sir Richard Kenworthy by Julia Quinn: “Maybe she was a wallflower. There was no shame in that. Especially not if one enjoyed being a wallflower.”

Go Set A Watchman by Harper Lee: “Since Atlanta, she had looked out the dining-car window with a delight almost physical.”

Review: It Was Me All Along by Andie Mitchell

It Was Me All Along by Andie Mitchell
My rating: 4 of 5 stars

It Was Me All Along is not an easy read. It’s difficult to journey through someone else’s childhood trauma and grown emotional struggles. Having been obese, I know that a lot of the problem is emotional, closely associated with family dysfunction. Although I’ve had the book for months, I put off reading it for fear of reliving my own struggles.

The author successfully conveys her hurt, loneliness, and obsession with food. It concerns me how vividly she describes and recalls what she ate in the book. I mistakenly thought that her story would begin on an inspirational high note, explaining who she is now and then reflecting on her life before. However, instead the book is a chronological emotionally exhausting memoir not for the faint of heart.

If you have struggled with your weight, some of the book will be like holding a mirror up to your face. It’s certainly good to feel you’re not alone. I only wish it had focused more on the positive end result. Overall, it’s a good read to learn more about what many obese children and adults face everyday.