Ten Characters I ENJOY But Others Seem To Dislike 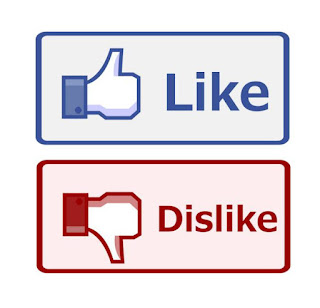 Ten Characters I ENJOY But Others Seem To Dislike
***Some spoilers***

Mrs. Bennet (Pride & Prejudice) - She's pushy and overly emotional, but Pride & Prejudice wouldn't be the same without her. Austen hit the nail on the head with this prime example of a overbearing mother.

Professor Bhaer (Little Women) - True, it always breaks my heart about Jo and Teddy. Yet, Bhaer is good for Jo. I feel like people don't give him a sporting chance.

Heathcliff (Wuthering Heights) - Yeah, Healthcliff is a big meanie. Still for all his wrongs, he's a tragically romantic character. Grandfather of all deep, emo male leads.

Daisy Buchanan (The Great Gatsby) - It feels like she gets a lot of the blame for the events in the book. However, I'm of the opinion that she was minding her own business before Jay Gatsby became strangely obsessed.

Estella Havisham (Great Expectations) - Another meanie. But, in her defense, she is a product of her raising, which can be hard to overcome.

Knives Chau (Scott Pilgrim) - While Scott and Ramona are a OTP, I can remember the place Knives is at in her life. That awkward time when you wanna be more grown-up than you are, and you try hard to be cool.

Professor Trelawney (Harry Potter) - Even Hermione hates her. But I like her bizarre almost campiness. Seeing into the future! Or maybe, I just like actress Emma Thompson.

Willoughby (Sense & Sensibility) - Don't get me wrong, I hate that he's not completely honest with Marianne. But I don't dislike his character as whole. At first, he seems prefect for Marianne. Yet, for the sake of the story, he has to break her heart so her character can grow.

Gale (The Hunger Games) - Ditto for Gale. He's the path not taken. I wish him all the fictional best in New Panem, just not with Katniss.

Romeo (Romeo & Juliet) - From a certain point of view, his stupid actions pretty much ruin everything for Juliet. But, in his defense, he is a typical, impulsive teenage boy.
Tweet
Posted by vonze at 3/08/2016 08:00:00 AM 0 comments