My Top Ten Books For The Star Wars Fandom (Old Canon and New!) 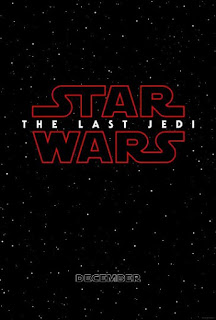 My Top Ten Books For The Star Wars Fandom (Old Canon and New!)

Well, it's no secret I've been a Star Wars geek for a long time. Super excited about Star Wars Celebration this month and the next movie in December!

Meanwhile, here are my favorite Star Wars books from the old and new canon. You don't even need to be a major Star Wars fan to enjoy some of them. As long as you're cool with scifi, you'll "get" them.

Lost Stars - When I read this, I wondered, "Wow, why wasn't this around for me like fifteen years ago????" A great, action-packed YA with a dab of romance for fans and non-fans alike. If you like scifi fantasy, you'll enjoy it!

The Force Awakens Novelization - I know people who read the book before even seeing the movie! Extremely well-done. Adds a little more character development to the mysterious scenes. Also scenes cut from the film!

Shadows Of The Empire - Goodness, the memories I have of this one! Read it all summer long at my grandparents' farm. Arguably the best Star Wars novel, taking place between 'Empire Strikes Back' and 'Return of the Jedi.' A page-turning action-adventure.

Splinter of the Mind's Eye graphic novel - I was so excited to find this 'lost' Star Wars what-if. It's based off a novel that was nearly turned into a movie before 'Empire Strikes Back'. Interesting to see what "nearly" happened.

Aftermath: Empire's End - A page-turner with great tidbits of new canon! Leia gives birth! Father-son moments with Han! Bittersweet moments for new characters. Fights, near-death, death, escapes, it all leads to setting the stage for TFA. Something for everyone.

Bloodline - If you thought everyone was chill about Leia being Vader's daughter, think again. Finally, a novel that solely focuses on our fav SW career lady, former princess, Senator, and soon-to-be General. Years overdue.

The Lost City of the Jedi - At the time, I really identified with Ken's character. Finally, a kid in Star Wars! Going on an adventure with Luke! I also thought Trioculus was a good villain.

Star Wars: ABC-3PO - A picture book that's too precious! If you're familiar with the characters, the humor is spot on!

The Paradise Snare (Star Wars: The Han Solo Trilogy, #1) - Oh for the love of Han Solo! A great, old canon back story for our fav smuggler. I was actually nagged for reading this 'boy's book' at school...even though it had romance. Found out years later that the author is a lady!!

I WISH MORE LADY SCIFI FANTASY AUTHORS STOP USING INITIALS TO HIDE THE FACT THEY ARE LADIES. What about all the 'lil fangirls who look up to you? Ok, rant over. :-D
Tweet
Posted by vonze at 4/04/2017 06:00:00 AM 1 comments