Books I Really Liked but Can’t Remember Anything/Much About 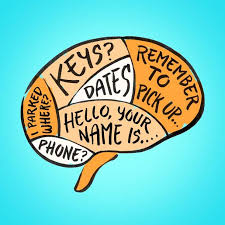 Books I Really Liked but Can’t Remember Anything/Much About

The Nonesuch - Um, Georgette Heyer is really cool and creates the best Regency worlds since Austen. But other than a bunch of scenes in a parlor, maybe, and a guy with an unfortunate name, my mind just can't recall.

A Streetcar Named Desire - Read for college several years ago. Seems like there was tons of drama. My mind sees Marlon Brandon and his arm muscles in black-and-white from the movie. Maybe it's time I re-watched it. I sorta wish there was a local play I could see, too.

Ethan Frome - Another school read. Although it's fairly short, I also remember it being a bit slow. I only recall an affair and a pretty major accident ending in a ironic situation.

The Vampire Lestat - Seems like Lestat is turned into a vampire and spends some time as an actor, maybe? I think I remember reading about dancing? I think he looks for his creator eventually?

Twenty Boy Summer - I recall loving this one. Seems like two friends go to the beach? One girl's brother has passed away. Um, maybe there's a bucketlist? Eck, I read this so long ago, I feel old.

Delirium - Ditto. Another book I remember page turning! Nowadays, I don't remember much, other than it was Dystopian and interesting. I need to re-read it and the sequels I never got around to cracking open.

The Host - I remember finding the plot unusual and definitely food for thought. Years ago, I even put the book on my Goodreads favorites list. But nowadays, even after the movie release, I don't recall much about the story, other than two souls/beings in one brain and a love triangle? Seems like there was a little brother who needed help?

Shadows of The Empire - The story takes place between The Empire Strikes Back and Return of the Jedi. Luke and Leia are working their way to save Han. There's this royal, Prince green-guy that captures Leia, maybe-ish? At the time I thought it was the best Star Wars book.

All the Tea in China - Adventurous inspirational romance that starts in England and ends up in China. Sword fighting. Opium addiction. Don't remember how and why the heroine falls for the hero. 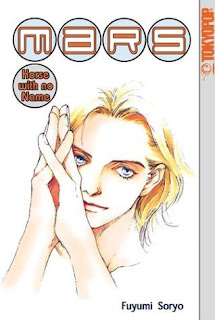 Blurb: "We know how the story ended...but how did it begin? In this special edition of MARS, we explore what happens when Kira meets Rei for the very first time. Longtime friends Tatsuya and Rei are acting more like enemies these days as they battle it out for Kira's affections. Will they be able to mend their friendship and settle their tense conflict once and for all? As a special bonus, acclaimed manga-ka Fuyumi Soryo also includes two additional stories for your reading pleasure. Long live MARS!"

Vonze's Review: Ah, there’s just something about ‘90s manga, the style, the stories. Makes me nostalgic similar to watching ole TGIF programming. This prequel to the Mars series contains 3 stories packed full of drama, fights, racing, and angst. Not at all necessary, but enjoyable if you already like the series.

Fav Quote: "It's not that you don't have courage. It's just that the courage was sleeping inside of you. No one's that strong. Everyone's scared of something, but they keep on living. That's why I think...that inside of everyone, there's a lion..."
Tweet
Posted by vonze at 1/15/2018 07:00:00 AM 0 comments